Michael Hutsko - Speaking from the heart

Michael Hutsko out of the Miami / Dade County tennis league took some time to reflect on what the league means to him.  We received permission to make edits but the story is mostly un-edited and was written after the 2014 End of the Year Tourney.

Michael has basically secured the 2014 Miami Player of the Year prize: http://tennis-miami.com/player_of_year/2014

His profile: http://tennis-miami.com/17150/profile
After my match tonight at Crandon, I stopped by The Rusty Pelican.  I sat alone outside by the fire pit, enjoyed a cocktail and the view of the brightly-lit downtown, and took some time to reflect. 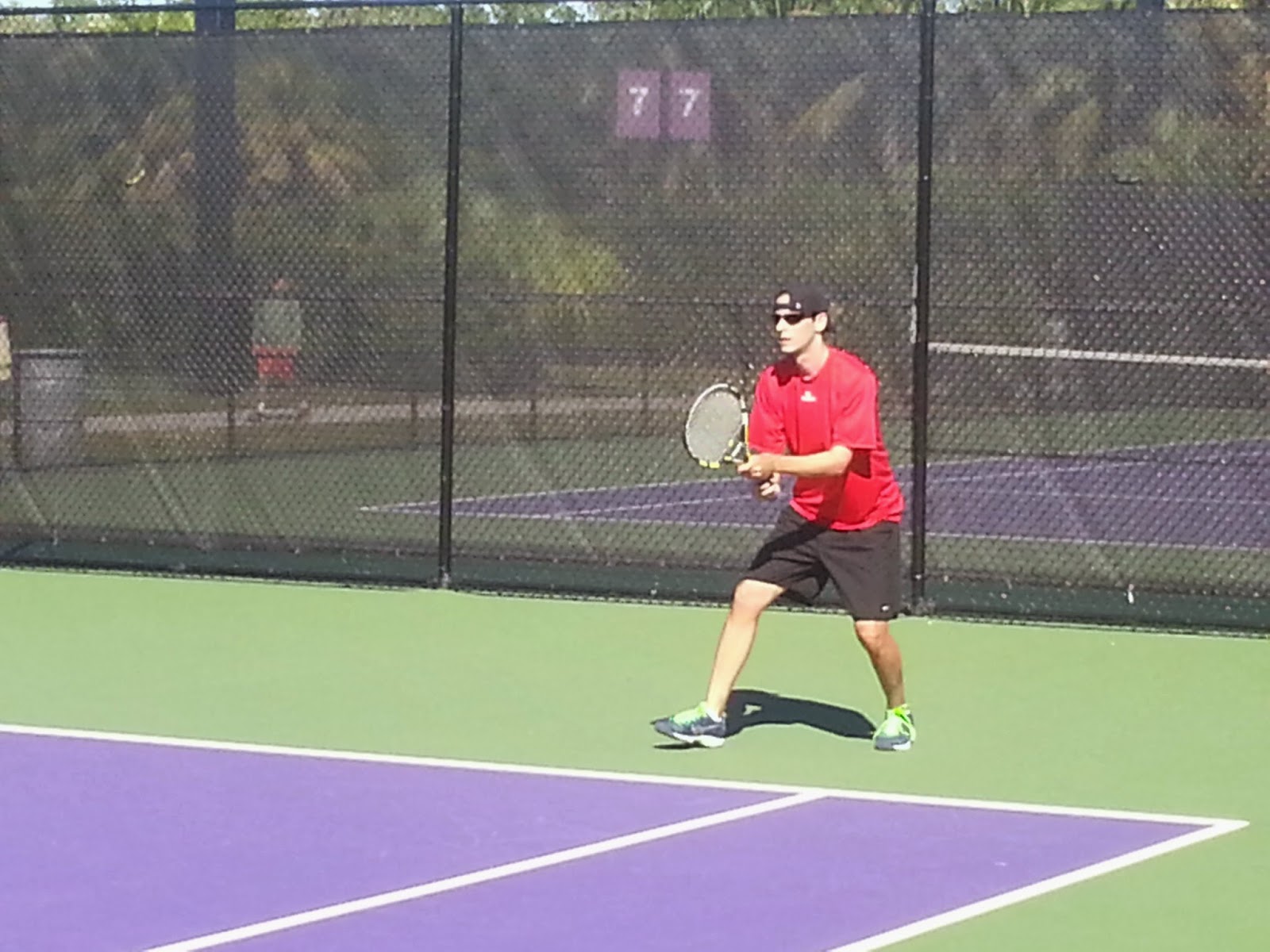 I wanted to thank you and your team for the work with the 2014 EOY Miami Tourney.  From my perspective, it was a great success.  I knew going in that my stamina was going to be tested--I don't think I've ever played that many matches in a three-day period--but I came out with a much better game than I went in and, as I told you, I was satisfied with my trajectory.  The players were friendly but competitive.  The venue (Crandon Park Tennis Center) was great.  My group had great, close matches. Victor Chang did play excellent in the final. I am a little disappointed at losing my THIRD career final (as well as one USTA 4.0 tournament final), but I know why I lost. If I am going to win those matches, I need to spend more time working on my game.

And, I also wanted to thank your team for the commitment to this business in general.

I'm happy I got to meet you and a couple of the team members when you were in Miami, but we didn't get to talk too much.  I don't know if you realize how much of a positive effect you have on people by leading this business and doing so with such effectiveness.  It's a tennis network in cities across the nation that includes people that are becoming more physically fit.  Without your league, I think a lot of people would either play tennis less often, or even quit it altogether.  I know you have to deal with competing organizations of the same type, so, yes, some players have options.  I suppose I'm speaking for myself when I say, without Tennis-Miami, it is extremely likely I would play sporadic tennis, and maybe an occasional USTA tournament (I played six, I think, last year, which I enjoyed, but I had to travel a decent distance for most of them, and they are not frequent).  I'm in better physical shape, and I now pay more attention to my health, and your program plays a big part in that.

And, of course, there is what the game of tennis teaches us about how we understand ourselves.  I've always loved tennis because it's a game that pits me against one opponent that is a puzzle I have to figure out.  I will face adversity during the match. How will I react?  How will I deal with it?  What does that say about me?  How can I be better?  And how does that relate to how I handle other life situations?  Tennis is so much more than a game of running around, hitting a ball, and trying to win.

The program groups players by level very well, and that fair competition is integral to the experience of the players.

I guess what I wanted to say is this.  It's an awesome thing when you find something that you're great at and can bring value to others that you get to do for a living.  You and your program have an enormous positive effect on people.  I'm betting when YOU wake up in the morning, you can be proud of how much of a positive impact you make on others.

So, thanks for all you do.

Posted by Steve Chagnon, TLN Lead Admin at 7:09 AM