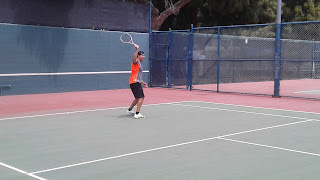 Darren Smolkin, a Tennis-Los Angeles player, is currently on an exciting chase to break the record for most matches played in a year. The current record, set in 2012 by Jorge Daniels, is 147. Darren is easily on pace to break that with 91 matches already played this year!

What makes it even more impressive is that Darren just started playing tennis 2 years ago (at age 45). Since then he has honed his skills and sports a winning record in the Advanced Men's division.

Here's a bit more about Darren's life on an off the court:

Which league are you a member of? Tennis Los Angeles (advanced division) . https://www.tennislosangeles.com/60583/profile 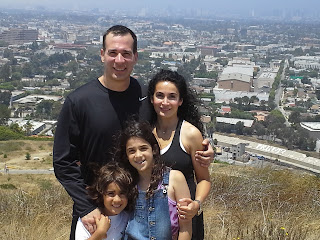 How long have you participated in your league? Since January, 2014

How did you first learn about it? Through a friend who plays in Tennis LosAngeles, Alex De Castro Profile

How often do you play? I play 4-8 matches a week

What do you like most about the league? Being able to find someone to play pretty much whenever I want to. Also, being able to play different types of players which keeps me on my toes and helps me improve

Tell us about your most memorable match(es): I have a few that stand out above all the others. My first match in the league against David Goldman. I never played competitive sports before and had only been playing tennis for a year-- I was extremely nervous the entire  match. I ended up losing, but it was still fun.

After being in the league at the 3.0 division for 6 months, they bumped me up to the 3.5. I ended up getting slaughtered. I played Andy McCormac and he beat me 6-1,6-1. He had a very powerful forehand and I was scared to play him again. They put me back down to the 3.0 and I started to take lessons. After 4 months, they moved me back up to the 3.5. I played Andy again, still lost but fared much better. Within the last 6 months, I have been playing him and winning almost every time. he now says he is "scared" to play me! What a compliment.

Lastly, the final match in the spring 2015 playoffs against Valentin Ionescu Tiba, which I won, will always be my most memorable match.

Who are your favorite rivals in the league? Why? By far my favorite rival is Keiji Tomita. He is the ultimate defender. He gets everything back. He has won most of the times we have played, but they have always been close. I get a great workout playing him and always feel like I just came back from war after our matches.

Do you have any other interesting comments about your experiences with the league? This league is great because anytime you want to play tennis you can find a person to play with, whereas if you're trying to play with friends their schedule may not match yours.

Tell us a little bit about yourself: I grew up in Canada and moved to Los Angeles in 1995. I am a dentist, married with 2 kids. Prior to playing tennis, I did not do any cardiovascular activity. I was heavy into weightlifting for the last 20 yrs. I happened on tennis by accident when I was 45 (2 yrs ago) and have been addicted ever since.

The tennis league keeps a running stat page for the most number of matches played by anyone in the league over the whole country ever since the league has been in existence. The top player has played 147 matches. I'm planning to blow this out of the park with a number that will never be touched. My goal is 200 matches, it is now the beginning of June and I have played 91. I might even surpass my goal!


By Bryan Rosenthal
Tennis League Network Blogger
Posted by Unknown at 7:41 AM

I like the league for the same reason. But sometimes I have some problems with the courts searching. So take my advivce and look here http://en.trytopic.com/Tennis-Courts-In-Los-Angeles-CA or here http://www.tennismaps.com

We have a court locator on each website within the network that gives its location and full details about the number of courts and all of their amenities as well. Here is an example of TennisNortheast.com Court Locator: https://www.tennisnortheast.com/Boston-Tennis-Courts