How to Master the Net: Volleys, Poaching, Lobs and more! 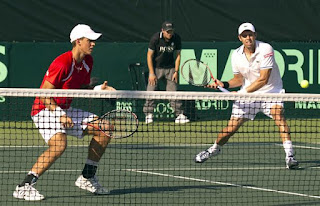 Tennis players devote plenty of time to practicing their ground strokes and serves, but oftentimes neglect working on volleys and playing at the net.

Although playing at the net is a fundamental part of tennis, it has fallen out of favor among many pros and is deemed aggressive by some experts. That said, it is still an indispensable part of the game that needs a lot of focus and attention.

Dominating the net during your matches will put you on another level compared to your competition. Being able to respond to and perfectly place balls is a surefire way to get more points every match.

Here are some things to take into consideration: 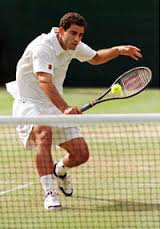 There’s nothing more frustrating than having a shot hit directly to you at the net, only to have it hit your racquet and then drop like a dud into the net.

The common approach to learning volleys is to use the ‘punch’ method, that is, using a direct, forceful punching motion when attacking the ball at the net. This is an effective means for getting the ball over, however, it’s important not to punch too hard as that will likely throw off your stroke.
Make sure to get a good feel for the stroke as that will do a lot more for accuracy.

Start by practicing basic forehand and backhand volley with a partner at the net. Once you can consistently get the ball over, work on placing the ball so that you can hit it to a spot where your opponent won’t be able to track it down. 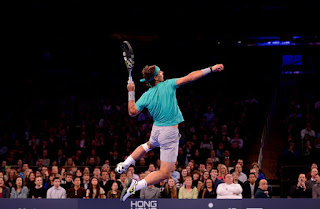 Approaching the net when your opponent is in a weak position is a good idea. This is because they are likely to hit a soft shot, so you can easily hit a volley to where they won’t be able to track it down. However, what ends up happening often is that your opponent hits a lob overhead.

The overhead lob is such a tempting shot. It flies high, moving slowly, just asking to be smacked. Most people fall into this trap and try and crush these lobs, only to end up not getting it in.

Getting a solid return, perhaps even a winner, off a lob requires a few things including proper footwork, agility, and a smooth stroke. And of course, don’t try to kill it! Make sure to hit it hard, yes, but when people put 110% of their power into the shot more often than not it ends up out of play.

Have a partner with a few gentle lobs a few feet over your head. Don’t try and crush it, but hit it firmly enough to where you can put the shot away.

This is a technique that is used in doubles matches where the partner of the server moves towards the opposite end of the court in anticipation of the serve’s return. This is an aggressive tactic and is a great way to get easy points off of soft returns.

A lot of pro tennis players get to the top through their skills at the net. Maybe yours will take you to the next level too. Always make sure to practice volleys and hitting overhead lobs, the latter of which rarely gets practiced. Then during games, be aggressive and don’t hesitate to put your new skills into practice.