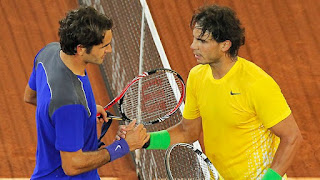 Whenever somebody wants to improve their tennis game, let alone any sport, they take plenty of time to research and learn all the different techniques, tips and tricks. Though what often flies under the radar is basic sportsmanship and courtesy.

If you play recreational tennis, chances are you want to enjoy yourself—your opponent does to. Although you likely already exhibit sportsmanship, it’s always good to remind yourself of what you should be doing before, during and after your matches.

Here are a few different things you should keep in mind for your next match:

Show up on Time

Because tennis is usually a 1 on 1 sport, it’s essential that you show up on time because the game can’t start without you. This is the case for Tennis League matches as players can choose their own playing times to fit their busy schedules. So any delay is going has the potential to throw a person’s schedule off and may leave them a bit frustrated, and probably not make them want to play with you again.

Whether it’s a double fault or a missed volley, tennis can often leave us frustrated. You may have seen pros on TV smashing their rackets, yelling, or launching balls into the crowd, for example. While this makes for good television, you should never do these things on the court.

One of the unique aspects of tennis is that the points are often subjective, in that it relies on a player to make the call whether a shot was in or out. Plus, the scoring can often get muddled. Both of these factors contribute to confusion, and often disagreement.

Although we may get frustrated at a bad call, it’s not likely that the other person will suddenly change their mind. Accept the point, and move on.

Going off of the last point, an easy way to avoid arguments is to make sure that you’re calling the score out loud after every service point of yours. And when you’re not serving, don’t hesitate to ask your opponent the score to make sure you’re both on the same page.

Coming out on top in a lengthy 3-set match is a sweet feeling. It makes you feel good and you want to let your opponent know—bad idea. As good as you’re feeling they’re probably feeling the opposite. Simply congratulate them on a hard fought match and save the bragging for family and friends.

Whether you lost a nail biter, or got crushed in both sets, losing is never easy. Some people can’t accept a loss, especially when they feel like they had a better shot. They may walk off the court without saying anything, or complaining about the score from the previous set—this accomplishes nothing.

Even the pros don’t win all the time. It stings for the world’s best to lose, especially when they were the favorite, but they accept their loss, shake hands and prepare even harder for the next match. 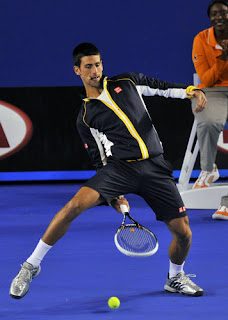 Sure, it’s cliché, but that’s why you’re playing tennis isn’t it? It’s okay to be competitive and want to win, but don’t lose sight of the fact that you love the game of tennis and want to savor every moment you spend playing it.

Next time you’re on the court, make sure to keep these things in mind. It’ll likely make your matches more enjoyable, and your opponent will surely be glad too.