How to Develop the Right Mindset for Tennis 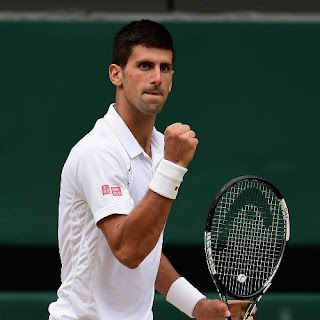 After you’ve completed your warm-up it’s go-time. You should be feeling ready physically, but you also need to prepare your mind for the match ahead.

Sports psychology is an interesting subject because our minds have such an important impact on how we play. For example, there was a recent incident when tennis-pro Nick Kyrgios muttered some profane lies to Stan Wawrinka during one of their matches. Kyrgios’s comment hit a nerve, and Wawrinka subsequently lost the match. While this is an example of bad sportsmanship on Kyrgios’s behalf, it’s also an example of how much the mind affects our game.

When playing your matches, you need to make sure you mindset is dialed in. Or as others say, 'Get Your Head in the Game'.  Focus is highly important, but there are also a few different ways to approach your mindset.

To Be or Not to Be Competitive


Like all sports, tennis is competitive in nature. Although many of us play tennis simply as a leisurely activity, we’re always keeping score. Nobody likes to lose, and even if were playing with a friend or family member, we’d rather win. This can cause some to develop an unpleasant mindset.

What ends up happening is that people get so consumed with winning that they let their emotions take control of their game and their actions can often frustrate others. It’s important to find the right balance between being motivated enough to perform well in your matches and controlling your outbursts.

When in doubt, stay calm. For example, never smash your racquet or curse. If you’re playing in the Tennis League Network or with friends, then you don’t want to isolate yourself from potential partners with your poor behavior.


It may sound cliché, but you have to remember why you’re out on the court in the first place: To have fun!

If you didn’t have fun playing tennis, then you probably wouldn't play it would you? Having fun and your ego go hand in hand--you have to put one aside to experience the other. Choose fun. 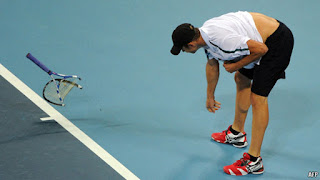 
If you find yourself playing a doubles match, there’s going to be times where your partner slips up. Whether it’s a double fault or a missed shot, errors happened. Even the pros aren’t immune to this.

Highly competitive players tend to jump all over these errors. They will berate their partners and criticize them, often without even being aware of this.

It’s best to avoid criticism on the court. People are not likely to change their technique, and have no way to enhance their agility and speed within a matter of minutes; criticism accomplishes nothing on the court.

If you really want to help a partner improve their game, save the constructive criticism for after the match. Tel them that you noticed they have a specific weakness that could definitely be easily improved. Offer to help them out as well.

Learn From Your Mistakes

Instead of dwelling on mistakes, take a mental note of them. After the match you can rethink your mistakes and make an effort to correct them during practice or lessons.

So the next time you step on the court, keep these in mind to play your best tennis ever!