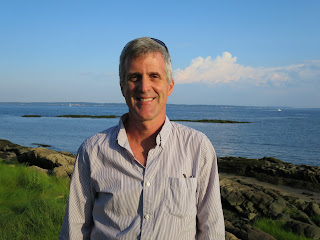 New England is known for its cold weather. We wouldn't consider it a 'tennis city', compared to places like sunny Los Angeles or Miami. Though when the weather is warm you can guarantee Alex is making the most of it.

Alex recently became a veteran of Tennis League Network after playing in 25 matches in the Boston league. Despite his dedication to the game, it's not even the sport he plays most. That title belongs to ultimate frisbee.
He has seen a tremendous amount of success in competitive frisbee, and has won numerous national titles and is even a world championship!

Here's what Alex had to say when we recently interviewed him:

This is my first year. I started in competitive in the spring, then in the summer I was put in advanced.

I've been getting back into tennis (I played on my high school team) after 30 years of playing ultimate frisbee. I have been looking for regular playing opponents for two years with zero success. I randomly came upon this league doing a web search, signed up, and have loved it ever since. 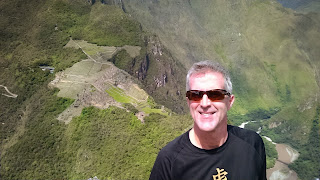 I'm averaging about 1 to 2 matches a week. I'm not doing any outside tennis at the moment which I need to also be doing at the same time. I've been trying to develop a topspin backhand but it isn't good enough that I can break it out in these competitive matches.

I'm definitely appreciating the ability to schedule matches based on my schedule. Some weeks I don't play any matches, but once I played 5 matches in 7 days!

Well, my very first match in the league this spring was with Josh Kushinsky. I double-faulted about a quarter of the time and got in 4 first serves in the entire match. This was the first time I had really played a true competitive match in years. Before my next match I went out and served two buckets of balls and proceeded to win my next 7 matches before being moved up to the competitive/3.5 division.

I've played Nick Matsuura in Advanced twice this fall and we've split and they have been very close both times. I think I stole the victory the first time, but now that I'm improving my second serve, I don't think he will be able to tee off on it quite as much and I'm looking forward to winning the rubber match!

Playing singles and doubles at the same time has been a little bit more challenging in terms of scheduling matches, but that is on me, not the league. I'm grateful for the opportunity as I also love doubles.

I started when I was pretty young, playing at a club in my hometown. I ended up playing on my high school tennis team, playing first doubles and making all-country and just missing the state tournament after losing in 3 sets to our 2nd and 3rd singles players in the sectional tournament.

When I got to Princeton, I quickly realized that I wasn't even going to make the JV team, saw a flyer for ultimate frisbee practice and played ultimate for the next 30 years. I picked up a racquet maybe 15 times in that interval.

The league has me at a 3.75 right now. Before I started this league, I had barely heard of USTA ratings and had to ask a friend I'd played a few times what I should be rated. She said between a 3.5 and 4, and when I applied as a 3.5, I was started at 3.25 and worked my way up. 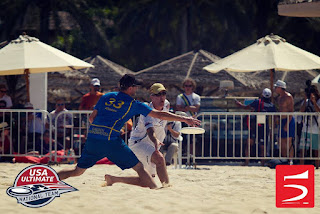 Unlike most of the sports I've played, it is truly an individual sport (when playing singles). There are lots of styles of play, strategies, and the theoretical best player doesn't always win.

I was born in Massachusetts but moved to Rye, NY when I was 5 and my parents still live there. I switched from tennis to ultimate frisbee in college and I've been playing ever since. I've been fortunate to be able to compete and win at numerous national and world ultimate frisbee championships, the most recent of which was the world beach ultimate championships in Dubai back in March playing for the US grandmasters team (40+) where we beat Sweden in the finals. As ultimate winds down, it's time to get back into tennis which I should be able to play for a long time.