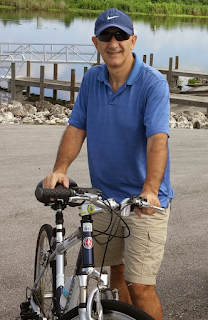 Growing up in Uruguay, tennis was uncommon to say the least. Not only did soccer dominate the country, but tennis is an expensive sport, out of reach for many people in the country. This makes Luis Perez an unlikely tennis player.

But for the last four years, Luis has been an avid player of the game. In fact, Luis has become a 'Peerless Veteran' after playing 100 matches as part of Tennis League Network over the past 3 years.

What makes this even more impressive is that he is a member of our Fort Lauderdale league. This is a smaller community that grew out of our booming Miami league. It is composed of a tight group of talented players, who have had a lot of fun and playing each other on the courts.

Here's more about Luis and his experience with our league:


Which league are you a member of?
Fort Lauderdale tennis flex league

How long have you participated in your league?
Since 2012

How did you first learn about it?
I found it via google.

How often do you play?
Between 2 to 3 times a week.

What do you like most about the league?
Flexibility to schedule games, cost, organization and variety of players

Tell us about your most memorable match(es)
When I was very close to beat one of my arch-rivals Mr. Tatz Tanaka in a 3 hours game where I lost 7-5,7-5

Who are your favorite rivals in the league? Why?
Michael Litel, super nice guy, consistent but not particularly aggressive game, nevertheless he is nearly un-beatable. Also, Leoncio Gutierrez, another great guy with very consistent game, nice technique. 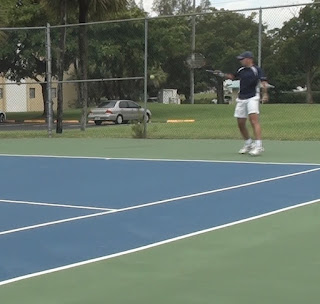 Do you have any other interesting comments about your experiences with the league?
One of the best things happening to me in the last 5 years was to become a member of this league, I have not only improved my game of tennis but I have met a lot of nice people!

How did you get started playing tennis?
About 4 years ago I was at 240 lbs., being 5’9” this was not ideal, I started eating better and got involved in tennis, now I am at 180 lbs., healthy and with lots of energy!

What level player are you?
3.5

What do you love about tennis?
In singles is just you vs the other player, if things go well is because of you and if they go bad is because of you. It's also highly technical, being an engineer I love the theory applied to practical and in tennis there is a lot of theory behind the tennis techniques.

And of course, in tennis,  the size or the age of the other player does not necessarily influence the results.

Who are your favorite pro players?
Federer because the way he moves, he flies over the court. And Ferrer too because of his never giving up attitude during play. 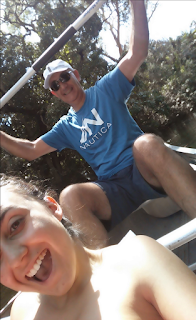 Tell us a little bit about yourself.
Being from a humble family and growing up in a Latin American third world country (Uruguay), the chances to pick-up tennis as your sport are almost nil… the sport everyone plays is soccer because is cheap and easy, you grab a ball and you play on the street or on the closest empty field… tennis is expensive and reserved for an elite crowd.

I remember being 12 years old and walking by the tennis clubs, peering through the fences and watching all these people learning, training and playing and I loved it but never had the chance… Migrated to USA in 1986, got married and raised three children, today all grownups, just had the chance to pick up a racquet about three years ago and never looked back!!

So far I have not won any tournaments and only once made it to the playoffs, but it doesn’t matter, I have improved my game in these three years and I will keep playing until my joints scream at me to stop !!