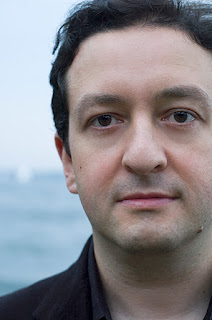 Alex Twersky is now a 'Peerless Veteran' in our league after playing in 100 matches--all in only 2 years! Alex started playing regularly a few years ago and soon after joined our league. He now plays upwards of 5-6 times per week.

Outside of tennis Alex stays busy--like most New Yorkers--as a marketing consultant. But he is also quite cultured and a fan of opera and film. In fact, he is a movie producer himself! He has released three films in major cities across America and hopefully has more in the works.

Here's more about Alex and his experiences with Tennis League Network:

Alex, could you tell us a little more about yourself?

I am a marketing consultant as well as being a film producer. My third feature, JULIA, is a thriller that was released today Oct 23 in theaters in LA and Chicago. Hopefully it will open in other cities soon before coming to VOD and DVD.

I love all things cultural – opera, art, film – apart from tennis I am not really into sports! I grew up in Forest Hills (Queens), then moved to Manhattan for 18 years before settling in Brooklyn, which I love!

Great stuff! And which league are you a member of?


How long have you participated in the league altogether?

I only started the league this fall, but prior to that I have been in the partner program (for about 2 years) and started in tennis ladder in 2014.


How did you first learn about us?

How often do you play matches? Both with the league or in general?

I like the diversity of players you’re matched up with. I believe you get better in a number of ways, one of which is playing a variety of people who have different styles.

Tell us about one, or a few, of your most memorable match(es).

I can’t recall a specific most memorable one, but the ones I like are the ones where my mental game and strategy align with my physical game. that’s bliss.

Everyone is different: Artie Wood has a unique style of play that you have to adapt to, and other people like Anton Sujdarat (sp?) are just damn good!

I played sporadically as a kid and young adult, but got into it a few years ago as a regular form of exercise. Helps that I really fell in love with the sport.

The league currently has Alex as a strong 3.5 level player.

I love that it’s a game that’s not only provides terrific exercise and enjoyment, it allows you to sharpen your mental reflexes as well. There is a ton of strategy, almost like a chess match across the court, which gives you an experience blending the physical and mental that’s hard to compare to other one on one sports.

Alex is a great player. I have great difficulty staying with him. He knows my game too well.
Artie Wood