The Purity of Competition Rule and How it Defines TLN

While a relaxing afternoon playing tennis with a friend or family member is always fun, there's nothing like grinding it out on the tennis court, fighting for every point against a player that is equally matched. It's this competitive nature of Competitive Tennis that keeps a large portion of the players to our league coming back season after season.

In order to make sure all league participants are getting set up with well matched opponents Tennis League Network (TLN) uses this rule to guide our program:

That's why we have Rule #27--Purity of Competition Rule:
Rule #27) Purity of Competition Rule Tennis League Network reserves the right to move a player up or down a division/level based on how they performed in the previous season or during the CURRENT season.
A player can get promoted several ways.
1) By making the finals of their division's playoffs.
2) A player can also be moved up or down during the season based on how they have performed during the season. If a player has averaged a score of 12-4 or less for 3 of their matches they will be a candidate for moving up or down a division.
3) Inverse is true for a player that has lost 3 of their by an average score of 12-4 or less. 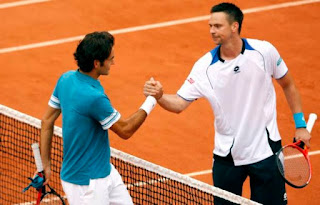 Why We Created This Rule

To strive to be the best league on the market, Tennis League Network needed a way to bring quality of matching to the program. We wanted to ensure that people were getting matched up with people at their level consistently. Our veteran players return season after season because they feel pretty confident that they are getting matched with players that give them a tough, but fair match.

When our league was created we used 'out of the box' thinking and forged our own path. We are more flexible than all the other leagues because we ARE willing to make the tough or sometimes easy decisions to move players up or down levels in season. We can do in season moves because we are not defined by a concrete schedule with a small set of players.

It can be tough for players (especially new players who are the hardest to initially place) to be moved up or down a level. For those who are a candidate to move down, it can be a big blow to the ego. For those who are doing well, they want to keep winning and would prefer to stay where they are. However, it is in the best interest of EVERYONE in the league that people are put in the proper leagues especially after we've received the results/proof from the matches. We have many busy professionals/stay at home moms/college students who regularly set time aside to play tennis, and they expect that when they show up they'll be facing an opponent who is at their level.

We don't just stop at one adjustment in a season, if the results dictate to move a player multiple levels WE WILL DO IT.   We are that FLEXIBLE.  The true definition of a Flex League. 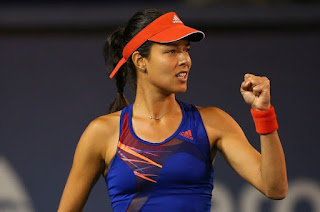 SPECIAL NOTE:  We are also watching the tennis partner program, tennis ladder and tournament matches for ratings adjustments.   Sadly we've noticed a lot of NEW players under-rating themselves for their first tournament entry.  That's why in this case we are putting all NEW players into the highest level tournament.

What makes our league different is an attentiveness to the needs of our players. We CARE about our players and their time spent playing tennis.  This rule is solely in place to make sure everyone is enjoying their season and return for future seasons.

Not a member of Tennis League Network yet?

If you're looking to play competitive tennis matches in your area, make sure to Sign-Up for a local league.
Posted by Unknown at 1:56 PM