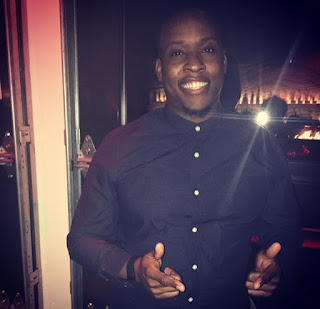 Sharif was born in Raleigh, NC, but then moved to Newark, NJ as a young child where he spent his formative years. He graduated from a small college in NJ, William Paterson University, with an impressive double major in computer science and mathematics. He currently works for Merrill Lynch as a Financial Advisor.

A few years ago he moved to Levittown, PA, a town right on the New Jersey border, and that's where he started playing tennis again after a 5 year break. He joined the local tennis league, and also a USTA team. He then joined Tennis Philly after moving once again to the City of Brotherly Love.

Some of his hobbies outside of tennis are basketball, bowling, playing chess, and listening to all types of music. He loves watching sports, but roots for the Chicago Bulls, and San Francisco 49ers over the Philly teams (Can't blame him too much).

Hi Sharif, and thanks for joining us. Firstly, how long have you been playing tennis? What got you started and what has kept you going?

I started playing in Newark, at the age of 12.  I picked it up after watching the Williams sisters. My mom purchased racquets for me and my friends and I went to park everyday in summer and practiced.

When I got to high school I played on the varsity tennis team. I played 1st singles throughout my high school career (my team sucked lol).

I didn't really get a hold of my game until I joined the Levittown league. That's when I really started incorporating strategy. My backhand is pretty solid now, and I love using my inside out forehand shot!

I love the mental side of tennis too. I love the fact that a player can win on any given day, and tennis is not always about being physical. I love that there are many different games, and I love that the players use these different types of strategies. I love that it is an individual sport, and you can only count on yourself to get through tough times.

This is my second season as a member of the Men’s Competitive 3.5 league. I originally learned about the league through my friend Keith Wright. 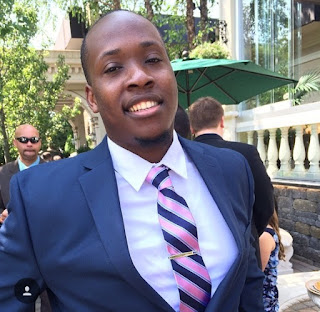 Excellent. And how often are you playing, in general and with the league?

I like playing Myke Hill and Keith Wright. I like that they are aggressive players, and their games suit my style of play. They push me to play better. We usually have battles when we play.

Can you tell us about any memorable matches that you've played?

My most memorable match was probably against Grant Scavello. I won the first set routinely, but he raised his game in the second set, and I was down 5-2. However, I knew if he won that set he may have won the match because of momentum. I came back from 2 breaks down and won the match.

My favorite player is Venus Williams on the women’s side. I love the way she plays. I love her aggression, and tenacity to never give up. She is an amazing player.

On the men’s side, my favorite player is Gael Monfils. I love how he is a defensive player,(like myself), but he also can go on the offensive at any given moment, and he is electric on the courts.

I personally love the tennis Philly league because it allows me to play almost anytime and the players have great attitudes .

Sharif, thank you again for taking the time to do this interview. Have fun out there this Spring!