What You Need to Know About Playing On Clay Courts 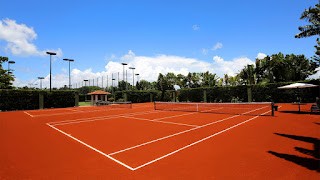 Tennis can be a tough sport to learn. We have to master footwork, ground strokes, serves and a variety of other tactics. But what makes tennis unique from, and often more difficult, than other sports is that there are different types of surfaces that we can play on!

Nearly all sports are played on just one court, but tennis can be played on a variety of courts like hard top, clay and grass. Though the game stays the same, the techniques and strategy must adapt to the differences in the court.

Think about the French Open—a tournament played on clay. It was dominated for many years by Rafael Nadal because he was simply the best at playing on clay. He mastered the clay court and it truly showed in competition.

If you’re a member of the Tennis League Network and find yourself playing regularly, or even occasionally on clay courts then you need to adjust your game to make sure that you’re competitive in all environments.

You’ve probably noticed that clay courts aren’t found everywhere. That’s because clay courts require a bit of upkeep, and don’t do well in dry, arid climates. They can be difficult to maintain compared to hard courts, which is why the latter are almost always found in public. 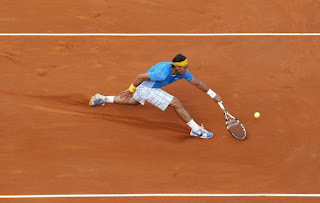 In general, playing on clay slows everything down. Hitting winners on a ground stroke is going to be quite tough as players will have more time to attack the ball. Balls will also bounce higher, and players should prepare for that.

This should play into your grand strategy. Know that most of the game will be long, drawn out rallies at the base line. Because the ball is moving slow, you and your opponent won’t be reaching for balls, rather you will be more well prepared to respond to them. So instead of trying to put shots away with big winners, take more time to focus on your groundstrokes and be as accurate as possible, looking to make your opponent commit unforced errors.

Also, part of the ball bouncing higher has to do with the spin on the court. Clay courts exaggerate spin which not only makes the ball bounce higher than normal, but changes the way the game is played on clay. Do your best to avoid flat ground strokes, opting instead for slices and top spin wherever possible.

Become King of the Clay

If you really want to master tennis, then you’re going to have to learn how to play well on clay courts. And the best solution for this is to practice! Try to play competitively and practice as much as you can on clay courts if you know that future matches will take place on clay. Observe what shots are more effective, what footwork techniques work, and other strategies that will help you dominate the clay.