Chris Reed -- A Master of His Craft 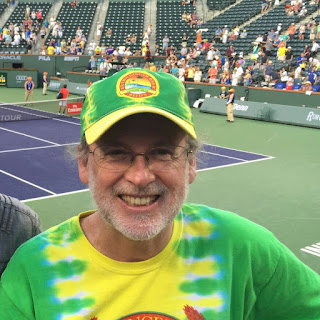 Chris Reed joins us today from sunny Southern California. We want to feature Chris today as he is now a 'Peerless Veteran' after having played 100 matches with the Tennis LosAngeles franchise! Like many others he started as a kid hitting against wall, but has developed his skill set over many years.

When he's not on the tennis court he's running his beverage company Reed's. Reed's sells Ginger Brews, Root Beer and other drinks all over the world! We definitely recommend you check out these drinks, sold in many grocery stores around the country.

Thanks for joining us today, Chris. Playing 100 games with Tennis Los Angeles is an impressive feat. Which league are you a member of and how long have you been participating in it? Also, how did you end up finding out about us?

I'm in the Westside Los Angeles competitive league (Level 3.5). I've been playing for 3 years now, after initially joining the ladder group from the recommendation of others.

What do you like about playing in Tennis Los Angeles?

Its been my best tennis experience. No other situation I have heard of gives the ease or quality of finding competitive matches like the Tennis League Network does.

There are so many dedicated players willing to schedule matches. Plus a great variety of styles. 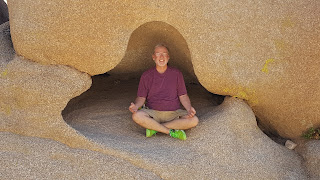 I have 5 guys that any day the match can go either way! They are my favorites, but I like to play really good players even if I lose just to play high level tennis.

That's a good mindset to have. Any memorable matches?

I had a come from behind match. I challenged a league above me player who I had lost to twice prior.
We had split sets and I was down 6-9 in ten point tie break and won 5 points straight to win including 3 match points.

Very impressive. Do you have any favorite pro tennis players?

I love [Ernests] Gulbis. He's nuts and unedited. He had a match point last year against Djokovic in Cincinnati.

Great stuff Chris, and thank you again for taking the time to do this interview. We hope you play another 100 games with Tennis Los Angeles!