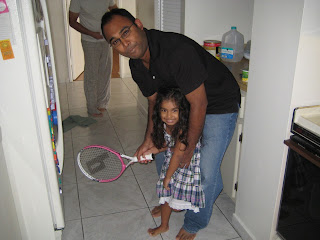 Today we checked in with Tabrez Khan out of TennisTampaBay.com.   It's amazing that he's been with the Tampa franchise since about the start of the league and has racked up an impressive 80-27 record.  Tabrez's Profile.

He's currently in a heated battle for the 2016 player of the year. As of Sept 7th, he was leading the race over Douglas Laurain at 254 points to 237 points.  Check here to see if he won.

I am a member of the TennisTampaBay league.

How long have you participated in your league?
I have been a member of this league since 2010.

How did you first learn about it?
When I moved to Tampa, I was eager to meet tennis players so I searched for the best league in Tampa and I found it!

How often do you play?
I try to play at least once a week.

What do you like most about the league?
I like the ease with which the league operates.   Makes it easy to participate in and it has a good system to rate you quickly and have you playing with similarly rated players. 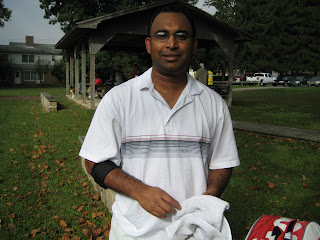 Tell us about your most memorable match(es)
Some of the my longest and tough matches have been against Marty Paukstys. We played one match which lasted 5 hours+.

What level player are you? (NTRP rating)
My current Tennis league rating is 4.25 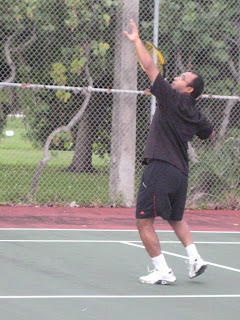 What do you love about tennis?
Tennis really is a lifelong sport and because of me many of my family members are crazy about tennis and they play with me every chance they get.

Sometimes I challenge myself by scheduling more than one match on the same day and it turns out to be a great workout and a wonderful stress reliever.

Who are your favorite pro players? Why?
My favorite players are Pete Sampras and Rafael Nadal.