Ajay Patel - He will be missed 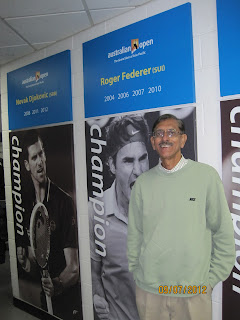 Ajay will always hold a special place in my heart as his ability to compete and compete well at an advanced age was spectacular.  He was a man of great integrity and loyalty.


Tennis League Network will be forever blessed to have his name inscribed on multiple record pages.

Most recently he won his 19th championship:
https://www.tennisoc.com/4727/tournament_report 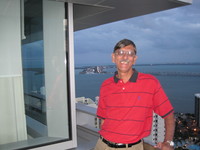 His passion for tennis was inspiring and will always leave a mark on this community. Ajay the tennis courts are going to be a bit more lonely without you. 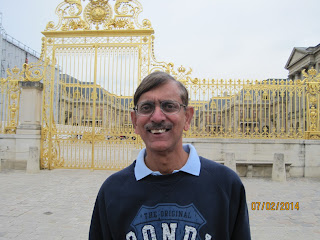 We reached out to a bunch of his former TennisOC.com opponents and it's simply amazing how Ajay affected other players well beyond the tennis courts.  Here's some of their memories:

I always described Ajay to people who did not know him as a tennis "savant".   No one could anticipate where you would hit the ball better than Ajay.  No one could use the angles of a tennis court with more effectiveness.   He was a savant at architecting a point using his combination of consistency, creativity and athleticism.  On big points he could always place his serve in the perfect spot to make sure he won the point.  No one was more frustrating to play or more satisfying to beat (rare as that was).

In our last match at Lower Peters (court 7 always) we had one of the most amazing points I have played in my life.  It was a 15 ball rally before I finally got the advantage and was at the net....Ajay lobbed me but I was ready and hit a clean smash overhead....Ajay anticipated where I would hit it (I never figured out how he could do that) and hit me another classic Ajay lob that landed on the baseline.   I was able to run back and another 15 ball rally ensued before the point finally ended.   To our surprise there were 4 people that had stopped to watch this point and were clapping for us.  It was our final point we ever played.   Will miss the local legend Ajay and it was my pleasure to share a tennis court with him.

I was one of the few who took a few matches away from Ajay. We was the Roger Federer of OCTennis league, smooth and sharp. A great competitor, gentle spirit and humble person….he will be missed. 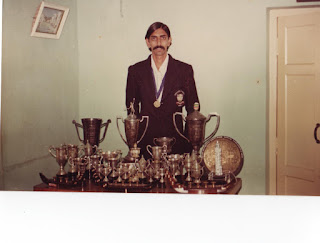 David Pond:
So so sad and sudden. I played tennis with AJ almost 10 years, he always played with amazing enthusiasm. Caring Dad who talked about his family and was a thoughtful and giving player on the court.
Bless you AJ

Ajay was one of the kindest tennis players that I had the good fortune of meeting.  We started playing in the league back in 2009 and always held a special place in my mind and heart.  He left quite a legacy with us as he pulled everybody’s game up and encouraged us (by example) to play more frequently.

He will be missed dearly.

Amanda Lean:
Ajay was the definition of a true champion, his character and always happy demeanor was as true on the court as off of it. Ajay's exceptional game was a genuine credit to his approach of tennis, not as a hobby, but a lifestyle choice. This is also why so many of us in our time playing in TennisOC, knew when it came time to play AJay, the epic record holder, "3-peat Player of The Year, First-ever West Coast Year End Men's Elite Champion, Infinite Legacy Match Winner, once you get passed those intimidating statistics realized why he had achieved them. However, his truly exceptional personality made losing to him the most fun and positive experience losing can possibly have, even for the most competitive of players--- everyone knows its fun to play AJay, regardless of knowing, the more likely outcome that he would prevail.

His love of the game is apparent when reviewing his career statistics and record in TennisOC, but what is not shown is how many lives he touched through playing tennis and how his experience and years of playing also taught us players something new and never seen before they played him and aimed to improve do it the "Ajay Way!"

On a personal note, I will never play an TennisOC or West Coast Year End Tournament without smiling and thinking of Ajay and his positive spirit and love of the game and appreciate just getting to play every chance we get as he did! Thank you for always bringing such light and joy to the game we all love beyond what would call a hobby-- you will be missed.

Yung Cho
Sad to hear.  I remember losing to him countless times and finally breaking through with a win in a grueling three set match.  Of course I was elated to win against such a champion but it was his kind words in defeat that I remember most.  He told me that part of his enjoyment in playing tennis is to help players get better and reach their full potential.  What a great sport and true champion!  He will be missed.  YC

Brian Andriamahefa
When I first moved out to southern California and competed in my first tournament, I did not make the finals but watched the match and observed the beautiful serve and volley net game of Ajay that made him take the title. Though I did not get to play Ajay in the finals in that tournament, I was very impressed with his game style and would hope someday we would cross paths to play. Sure enough when I joined the local tennisoc league Ajay was the first person to contact me to play a match. Making my first drive through southern orange county to play him in Irvine started a rivalry of numerous matches of us battling back and forth.

It was always fun and exciting to step on the court with Ajay and I will always remember the great matches we had. He always pushed me to play my best and if I wasnt playing my best he wouldnt hesistate to make me pay dearly. During our matches we had our fair share of of grueling long rallies, but after the point was over he was already standing on the baseline ready to play the next point. That always got me thinking to myself "man for an old guy he is VERY fit". I can only hope at his age I will be able to compete at singles the level he was able to.

If I didnt play Ajay as much as I did I would not have made the decision to live in Irvine in order to stay close to the strong tennis community it has. So you can say that Ajay was the link of starting my new life in California and the place I chose to call home today in Irvine. I only hope when I grow older I will still have the drive, commitment and passion for the sport like he did. We certainly lost a valuable member in the tennis community and he will be missed greatly.

Brian Millard
I'll never forget playing Ajay.  He always made playing tennis look easy - almost too easy!  He was graceful on the court and was in command most of the time.  He was a humble guy and always gave me good advice to get better.  He's the only guy I've ever played that would hit my out balls on purpose to keep rallies going and give me more of a chance to win - who does that!  He will be sorely missed.

My condolences to his family.

Frank Seo
I have had the good fortune to play Ajay many times during the last few years. He always was a true gentleman and a great sportsman. He embodied the "old school" sportsmanship, and his love of tennis and good competition was evident. I am shocked that he is not with us anymore, and he will be missed.

I'm in total shock about this terrible news of which I just learned about this evening. I had the honor of playing Ajay just two weeks ago as he wanted to get some play time before his last tournament final. Ajay had just returned from Germany after helping his son get ready to attend a graduate university program there. As with every match we played, Ajay was a total gentleman and an exemplary competitor. We talked and laughed during the change overs. Ajay always got the best of me in the tennis court. But I was proud of every game I won and truly enjoyed every point we played. I can sincerely say that I was a better tennis player and a better person after every match I played with Ajay. I will miss you dearly my friend.

Ajay Patel whom I would describe him as an all rounder.He was our cricket captain in the school. Apart from tennis he was expert chess player as I played many chess games with him and was mostly unbeatable.He was a very good human being and had no attitude.T he works and everyone who knew him will miss him this super-star. Nalin Tolia India.

I was fortunate to share a room in Miami in the "National Tournament" with AJ in I think 2011. We had been promised a room with 2 double beds but only got 1 bed and a roll away. AJ, in his diplomatic ways complained to the management and they switched us to a huge double suite in the upper floors that would normally cost $2,500 a night. It came with 2 separate bedrooms and a kitchen, 2 bathrooms and was beautiful. I took a photo of AJ on the balcony and he used it on the website as his photo.

In the tournament I had to play AJ for the first time and he disposed of me easily. He was a fierce competitor and was kind and fair on the court. He will be sorely missed.