Pratyaydipta Rudra - Getting out on the tennis courts 2 to 3 days a week. 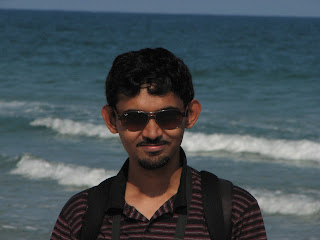 We caught up with  Pratyaydipta Rudra who plays out the Denver franchise.

I'm a part of Metro Denver Tennis League Currently I am playing as Men's Advanced 4.0 in the 2016 Fall Season Advanced Division.

Tell us a little bit about yourself, for example: What do you do? Where did you grow up? What are your hobbies (besides tennis)? (Feel free to share any interesting details about your life.)
I was born in India and completed my undergraduate studies there. I moved to USA for my graduate studies. Right now I am a post doctoral fellow in the department of bio-statistics, CU Denver. Besides tennis, I am most passionate about photography and wildlife-watching.

How long have you participated in your league?
I joined this league in September 2015. I have now played pretty regularly for about a year. Pratyaydipta has already played an amazing 43 matches in just over a year's time.

How did you first learn about it?
I moved to Denver last year and was looking for some hitting partners. It's not easy to find players and tennis friends when you move to a new place. So, I was really pleased when I found out about Tennis League Network, basically through internet search.

How often do you play?
During the season, I usually play 2-3 matches with TennisDenver every week. I sometimes play more tennis outside the organization.

What do you like most about the league?
The best part is the flexible scheduling. My work is variable and it's tough for me to play at a fixed time. It's great that me and my opponent can work out the best time for both of us. Also, the user-interface in the website is something I love. It's easy to join leagues, report scores and look at records of other players. The prize pool is a bonus. I love how the league gives extra incentive to play more and win.

Tell us about your most memorable match(es)
I remember a match against Joaquin Tejeda. It was a ladder match, but kind of important in the sense that it determined who goes to the top of the ladder that month. I lost the first set 5-7 and won the second 6-2. In the beginning of the third set, I suddenly lost focus. He was quickly up 4-0. Somehow I regrouped and won the set 6-4. I enjoyed the comeback and the long but high quality tennis match.

Who are your favorite rivals in the league? Why?
Joaquin Tejeda is someone with whom I have played several matches and like playing against him. He is about my level and a good sportsman. We had some very competitive matches in the past. Mike Runda is another one who is a good person and a good player. 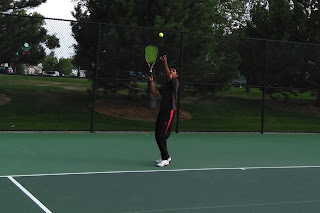 Do you have any other interesting comments about your experiences with the league?
It's interesting how I met so many players who live very close to where I live. They are all close to my level, so I enjoy playing with them. But for TennisDenver, I would have never known them. It's a great way to meet fellow tennis players and make new friends.

How did you get started playing tennis?
I always wanted to play tennis when I was a kid. I watched a lot of tennis in TV. But I come from India where there is not much cheap option for recreational tennis. When I came to United States for my studies, I grabbed the opportunity and started playing tennis. I am now playing regularly for about four years.
What level player are you? (NTRP rating)
I think I am 4.0, but on the lower side. I considered myself a strong 3.5 up until last year, but I win most of the time against 3.5 players and so TennisDenver rated me as a 4.0.

What do you love about tennis?
I love any racket sport, and tennis has the most variety among all racket sports, I believe. The serve, the volley, and the ground-strokes, anything can be your weapon. It's great exercise but does not involve body contact, which is good for a under-weight person like me. The best part is probably the importance of timing and the sweet feeling on your racket when you time it perfectly. Plus, I like the scoring system which gives me enough opportunity to come back. One bad game, I can always forget that and try to do better in the next. Same goes with a bad set.

Who are your favorite pro players? Why?
Roger Federer, by far. He is the artist. I love his effortless yet exceptionally accurate play. He is never boring because he has such a variety in his shots.