Jason Mammone - Just back from the National Championships 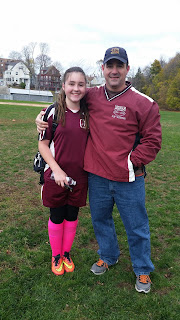 Jason Mammone joined us in Miami for the 2016 National Championship.   He won 1 of his 4 matches but finished with more games won then lost. So it was 4 barn burners.  https://www.tennis-miami.com/division_report?ids=4325


Tell us a little bit about yourself, for example: What do you do? Where did you grow up? What are your hobbies (besides tennis)?
I am father of two wonderful kids even though despite my best efforts have no interest in tennis. I was born and raised in Dedham, MA and still live here to this day. I love the sense of community that is here and I could never imagine ever having to leave. I also work for the Town of Dedham as the Director of Engineering. It is great to be able to give back to the community that has given so much to me growing up. My other sport of passion is football. If I am not on the tennis court during the fall, it is because I am spending it on the football field coaching my son's football team. It is completely different from tennis where it is up to only you to win your match, you now have to become a member of a team and work together as 1 unit in order to win. I love being able to watch my son learn the life lessons that football gave me growing up and also being able to share and contribute to those experiences. Although I know nothing about soccer, I even volunteered to be an assistant coach for my daughter's soccer team. I just love any extra time I can spend with my kids. Kids grow up so quickly, so I try do do as much as I can with or for mine whenever given the opportunity.

I try to stay in shape going to the gym 3 - 4 times a week which is probably not enough given that I have an outrageous sweet tooth. I am a foodie at heart and pretty much enjoy anything home cooked or baked! I also discovered recently that I enjoy hiking and try to hit a few different trails around the area during the summer with the kids. 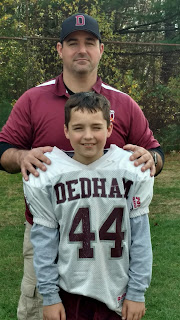 Which league are you a member of?
Tennis Northeast, Metro Boston Tennis League

How long have you participated in your league?
1 Year

How did you first learn about it?
I learned about Tennis Northeast through searching the internet for competitive outdoor tennis leagues that are inexpensive to join.

What do you like most about the league?
It really is hard to boil it down to one particular thing, but I would have to say that the ability to meet people of all ages who simply love to get outdoors and play tennis.

Tell us about your most memorable match(es)
Although I have only been member for 1 year, I guess it would be the match I played to win the 3.75 Men's 2016 Spring Season. When the season began I was placed in the 3.0 group, then moved up to the 3.5 group and just near the end of the season moved up to the 3.75 group. I had only played one match at 3.75 before the championship match against Rich Grief who had just won the Winter Season. I almost psyched myself out not thinking I had the ability to play with someone as good as Rich. I was able to muster just enough confidence to carry me through a tough 2 set victory.

Who are your favorite rivals in the league? Why?
I haven't been a member long enough to have a favorite rival, but I'm sure within another year or two I will have a few. 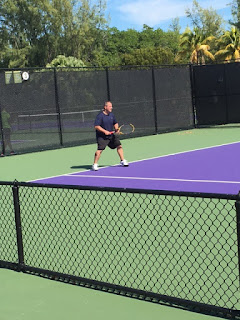 Do you have any other interesting comments about your experiences with the league?
Where does one start? There is so much that is great with this league!! I never had a hard time scheduling at least 1 match per week. The people in this league are just as anxious as I was to get out and play. Even if you can't grab someone to play, there are several weekend round robins throughout the season where you can get a definite two matches in! Plain and simple....great people and great tennis!!

How did you get started playing tennis?
I began playing when I was 7 or 8 years old with my parents who were members of our hometown's Tennis Association (somewhat like Tennis Northeast, but on a much smaller scale). During breaks at their weekend round robins they would take me onto the courts to swing the racquet around. It didn't take long before I knew that this was a sport for me. Once I was old enough to join the Association I played as much as I could with whoever wanted to play. I played on my High School tennis team and then went on to play on my College tennis team. Once out of college I joined a local tennis club, but had to give it up once my first kid was born. It has been 14 years since that day that I have been able to pick up a racquet and play. I had been watching the league though the internet for several years just waiting for the opportunity when my kids were old enough that I could finally get some time back for myself to get out and play again. That time came this year and here I am.

Who are your favorite pro players? Why?
My favorite player growing up was Andre Agassi. To me, he was a complete bad-ass as far as tennis was concerned. He went completely against the grain of what a typical tennis player was supposed to be and I found that to be extremely exciting and entertaining to watch. At that time in tennis, a majority of the players were just big servers and not much on ground stroke rallies. He was the complete opposite. Most of his matches were won through his return of serve and baseline play. Win or lose, his matches were the most exciting to watch because opponents had to rally with him in order to win.