Greg Jarucki: Getting back to the courts after 10 years with TennisSF.com 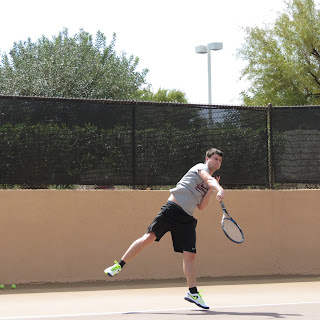 Which league are you a member of?
I am a member of San Francisco league.

How did you first learn about it?
I moved to the Bay Area and decided to take advantage of the all-year great weather and get back to tennis. I haven't really played in 10 years, so at first I started hitting at my local park. As soon as I started feeling comfortable, my competitive nature prevailed and I looked out for a league. TennisSF caught my eye because of the flexible schedule.

How often do you play?
My goal is to play twice a week as long as the weather permits and I am not traveling. As much as I love to travel, not being able to play tennis is one of the few downsides.

What do you like most about the league?
I love playing against different styles and meeting new people. Long time rivalries are even better because you really get to know the other person and eventually make friends. I have made several breaks from the league, but always came back due to my competitive nature. 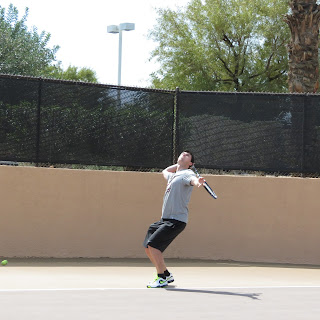 Tell us about your most memorable match(es)
One of my most memorable matches was in the semi final of the playoffs in 2013, against an opponent who beat me pretty easily in the regular season. I managed to win in 3 close sets and it was my first win against a truly 4.0+ player! I was really glad I could see my game improving and I remained unbeaten in 3 set matches. I went on to win my first 4.0 championship and the semi final win against a really good player was a milestone and a confidence booster.

Do you have any other interesting comments about your experiences with the league?
Playing on different courts is a great way of exploring the Bay Area! I think it is a perfect option for people who just move to the area and don't have tennis partners. But once you start, you're hooked up!

How did you get started playing tennis?
I started playing when I was 12 and played until I was 16. Then I had some injuries and focused on my education, and somehow haven't played for almost 10 years. I was shocked when I realized it's been almost 10 years and I decided to get back to tennis, because I remembered I really liked it as a teenager. TennisSF was a great way for me to get back to playing regularly.

What do you love about tennis?
I love the 1 on 1 combat aspect of it. You are by yourself and you have to figure out a way to win or at least do your best. 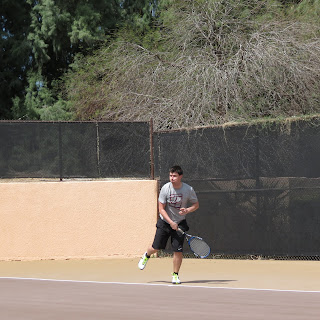 Who are your favorite pro players? Why?
My favorite player is Rafa Nadal. I admire his ability to adjust his game during the match, his competitive spirit and passion. I've tried to imitate his style on the court.

Tell us a little bit about yourself, for example: What do you do? Where did you grow up? What are your hobbies (besides tennis)? (Feel free to share any interesting details about your life.)
I grew up in Poland where soccer is by far the most popular sport. I loved playing it as a kid. One of my friends at elementary school used to train tennis and it was very impressive to me that he was the only person I knew who played tennis. A few years later I decided to sign up to a club. From the get go, I realized I was really good at it, as I was catching up much faster than my peers. I started watching tennis on TV and Agassi-Sampras rivalry got me really hooked. In Poland I played on clay or indoor carpet, so hard courts were new to me after I moved to the Bay Area. I guess I still have to master grass to become an all-court player!