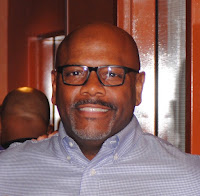 Floyd Pettaway absolutely enjoyed the new 2017 franchise TennisHamptonRoads.com which services Norfolk and Virginia Beach VA. In the Summer Season he played an amazing 31 matches which was nearly 1/3 of the matches by himself.

He has stated about his experience: It's FANTASTIC compared to the other ladder league we've used in this area.

They did not have an app at all, it was very basic/primitive and you could only use a web version on your phone.

I've really enjoyed this League, the App and the Match Play.

I'm looking forward to continuing with this league and trying to get others to join in this area.

There are a lot of people who may benefit from the flexibility of the league and they may enjoy the incentives, the matches and the
possibility of the year end tournament.

Questions we asked him:

2. How long have you participated in your league?
I started TLN on June 13th and played my 1st match on June 15th.

3. How did you first learn about it?
I got an email about the TLN from on of the local guys that's all about Tennis in Hampton Roads. 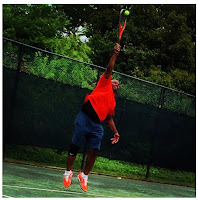 5. What do you like most about the league?
The "FLEXIBILITY" being able to have a list of guys you can text when you want to play and you can play when it's convenient for both players.


7. What do you love about tennis?
I Love that Tennis is a sport that you can continue to play as you mature.

Posted by Tennis.League.Leon at 9:40 AM