Eric Iliff: Absolutely loves the flexible scheduling of the league 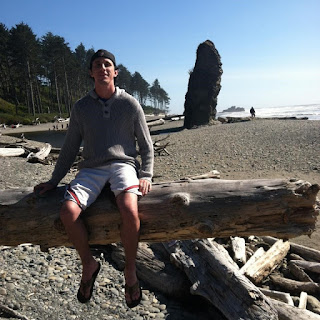 I began playing tennis my Freshman year of high school - the one-on-one nature of sport quickly had me addicted. For the last 3 years of high school, I played virtually every day, and now that I've returned to the sport I remember why I fell in love with it. I grew up in a small town in Eastern Washington that smelled like rotten eggs because of a giant paper plant in town. Naturally, I wanted to move as far away as possible so I moved to Hawaii and stayed for a year, before returning to the Pacific Northwest to do nine years of college, which although excessive, was still very enjoyable and rewarding.  I currently work as a Project Manager for a language translation company, but will be looking to return to school and begin my Doctorate studies in a year because I miss teaching greatly. I love this league, there is always someone to play, and the matches have a perfect mix of friendliness and competitiveness.

Which league are you a member of?
Competitive league of TennisPortland.

How long have you participated in your league?
I began last fall, so a little over a year although I only played one match during the spring and summer because of a busy schedule..

How did you first learn about it?
I can't remember how I first heard of this program - more than likely I just Googled "Tennis league Portland" and this came up. Google is how I find out about a lot of things.

How often do you play?
When I have the time, I try to play as often as possible because the more I play the better I play, and of course the main goal is to win my league!

What do you like most about the league?
I like the league because it gives me a chance to meet other players in the area, and most of all the ability to play our own matches. I have a busy work schedule so the flexibility allows me to play a lot more than if there was a scheduled date and time for every match. 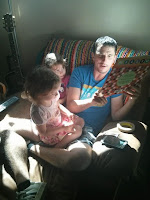 Hmm... rivals. I've played Jason Faas a number of times, and Jay Glaser. Toughest opponent was probably Alex Gardner or Chad Bulle from last fall. It was a big jump from the consistent style of other plays in the league to guys who can hit topspin with pace, a style like myself but evidently better on those days since I lost to them both.

Tell us about your most memorable match(es)
Memorable matches - Jay Glaser and I played some good ones, and Rob Schultz last fall I remember being a very epic match because it went late in the night at Grant Park. Basically, any three setter that I win.

Do you have any other interesting comments about your experiences with the league?
Great thing about the league is being able to play as much as you can. When I have the time, I can spend days looking forward to a tough match so the more time I spend looking forward to matches the better.

How did you get started playing tennis?
I began playing tennis my Freshman year of high school. I fell in love with it and the next four years were spent playing tennis a couple of hours virtually every day. I love the game, and on a more neurotic level, I love the competition!

What level player are you? (NTRP rating)
Depends on the level. My senior year of high school I was tested and was a 4.0. But when I began this season, and especially last fall, I was much much lower. At this point I would probably say a 3.5. 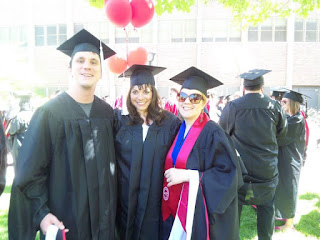 What do you love about tennis?
I love the work ethic aspect of tennis - the reward of putting the time in and seeing results. I'm a very competitive person, so I find just the competition to be rewarding.

Who are your favorite pro players? Why?
Djokovic! I wish he had been around during high school because I could have learned a lot watching him play (unfortunately Federer isn't a great guy to watch when you're trying to improve.) One thing I've focused on this fall, due to watching Djokovic, is increasingly using my left hand on the backhand to get a greater level of control and spin. I also like him because he's a goofball but also a bit of baby when things don't go his way and I relate!

Tell us a little bit about yourself, for example: What do you do? Where did you grow up? What are your hobbies (besides tennis)? (Feel free to share any interesting details about your life.)
I work as a Project Manager for a language translation company out in Tigard, grew up in a small town in eastern Washington that I haven't been back to in years (with no plans any time soon), hobbies are books!  I'm thinking about going back to school for my Doctorate so I've been reading a lot of plays and epic poems this year. Also play basketball when I can, and I definitely consider myself a movie buff.