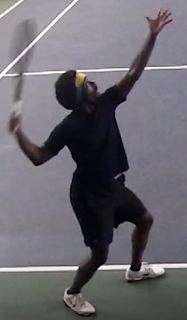 Author Notes: Wesley Wiggins, member of the 3.5 TennisHamptonRoads The Virginia Beach & Norfolk tennis online flex league since the Summer 2017 season. Tennis Hampton Roads inaugural year was a screaming success where we had large divisions for Spring, Summer and Fall Leagues.

Have you ever gone looking for something that you thought you could find easily, but ended up feeling like you were in search of a needle in a haystack?

That was my mindset until I stumbled upon TLN’s TennisHamptonRoads.com website while browsing Meetup.com.

I’m what you would call a “vet” in the tennis world, having a resume that includes almost 3 years of playing experience, attending group clinics, and hitting against the wall…or backboard for the tennis pundits out there. However, while each of those activities were enjoyable, it was actual singles match play that I had been looking for as well as the chance to put into practice what I had learned. Thus, came the time for me to don my internet detective hat and begin the search for a league.

Enter Attempt #1: United States Tennis League (USTA)
Seems the obvious choice, right? The main overseer of tennis for the United States. They would definitely have a singles league that I could sign up for and get playing time!

Unfortunately, this wasn’t the case as the majority of their leagues were doubles only aside from World Team Tennis (WTT) which only had one set of men’s singles once per week.

The USTA site also had an option to sign up for a flex league but apparently (as of this writing) there are only 2 available flex leagues in the state of Virginia at the moment and they are both in Fredericksburg; that one was a miss! 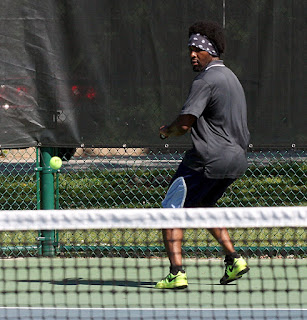 Enter Attempt #2: Local Tennis Association
With the USTA being a no-go. I narrowed my search to local clubs around the area and came across a group that sponsored local tournaments. These were my bread and butter for the past year and a half, with numerous, well-organized and competitive weekend tournaments being held from May to October.

However, due to them only being on the weekend and some of them being held a decent ways away from where I live, there were many instances where I was unable to attend them.

Enter Attempt #3: Tennis League Network
The local tournaments were where I got my competitive match play experience, that is, until I discovered the TLN flex leagues.

It was like a whole new world! A brand-new tennis site I never knew! No one to force where or when, or if play should end, they just give you reminders and suggestions…those Aladdin references.

In all seriousness though, TLN was exactly what I had been looking for in a tennis league.

In Price, Competition, Flexibility, Organization, and Comradery, it ranks at or near the top.

Price
$20 for a season with referral and early signup bonuses that reduce the price? In the words of Donnie Brasco, “Forget about it”.

Competition and Flexibility.
With TLN, you have 15+ different opponents to choose from on any day of the week at any agreed upon time. It’s always nice not being limited to one match once a week like other standard leagues. Not feeling so hot one week? Take it off and come back the next. No penalties or forfeited matches.

Furthermore, TLN sponsors an end of the year tournament for league winners (of all TLN leagues throughout the coast) and avid players, providing an end goal for the more competitive and casual player alike. 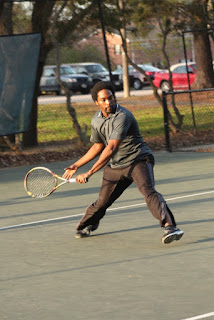 Organization
You’re given a list of names, numbers, and e-mails of everyone in your league as well as the ability to send a mass e-mail to all participants via the website. You are also given the e-mail of a very responsive league organizer.

Comradery
Finally, and most importantly, you can meet and build friendships with a variety of different players that love the sport of tennis, essentially expanding your network of tennis players…Tennis League Network?!? I see what they did there.
If you’re looking for a fun, flexible, and affordable league, whether you are a casual or competitive player, then I highly recommend you give this site a try and, if you are ever down in the Hampton Roads area, I’m always up for a match!

Till next time, may your first serve be in!

Author Notes: Wesley Wiggins, member of the 3.5 TennisHamptonRoads league since the Summer 2017 season.

Here is a video of one of my matches from the Summer 2017 season!
https://www.youtube.com/watch?v=9ey0Xh8QlRY