Michael Hughes - He has so many passions, we're happy tennis is one of them 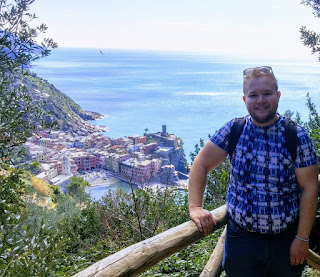 Micheal Hughes out of TennisStLouis took the time to submit a player profile. We're excited to present his story to you.

Tell us a little bit about yourself, for example: What do you do? Where did you grow up? What are your hobbies (besides tennis)? (Feel free to share any interesting details about your life.)
I’m an industrial designer originally from Nashville, IL, now living in St. Louis. I love to draw cars and furniture and one day hope to design furniture for a living. I also sing and play guitar and trombone, the latter of which I play in an LGBT concert and marching band. My other interests include cooking, cycling, cars, trivia, travel, and Yelp-ing.


Which league are you a member of?
I am a member of Tennis St. Louis.

How long have you participated in your league?
I joined the league this year and played the spring, summer, and fall 2017 seasons.

How did you first learn about it?
I moved to St. Louis about a year and a half ago and had never lived in a major city before. I googled “St. Louis tennis leagues” and this was the first result.

How often do you play?
Before joining the league, I’ve never really had someone to play with consistently, and I always wished I could play more. Since joining, I average 1-2 matches a week and would play more if time allowed.

What do you like most about the league?
My favorite thing about the league is getting to play so many different kinds of players. In the past, I have mainly played against my best friend and got a little too comfortable with his game. In contrast, every person I have played in this league has a different style, and I love it. There are strong servers, serve-and-volleyers, counterpunchers, baseline bullies, and more. It is incredibly fun not knowing what kind of game you’ll be facing with each new opponent and having to adjust your game on the fly. 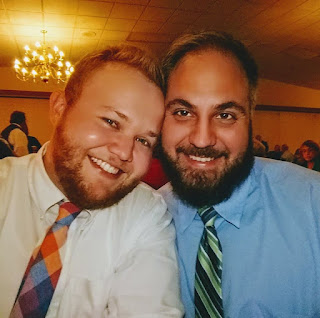 Tell us about your most memorable match(es)
Spring 2017 was my first season of TennisSTL, and my game was definitely a little rusty. I struggled early on, and I lost a lot of matches I might have won had I been a little more confident. Still, I managed to get four wins and make the playoffs in spite of my losing record. Only three players in my division qualified including myself, and I lost to both the other guys who qualified during the regular season. That being said, I had my doubts going into the playoffs.

In my semifinal, I came out strong and won five of the first six games, but I abruptly started feeling sick. (Side note: do NOT eat at an Indian buffet on a match day. You will regret it.) I started to falter, and I dropped the next five games to force a tiebreak. Luckily, I switched into nothing-to-lose mode in spite of my churning stomach. I told myself I would not waste that set after fighting so hard in the first six games. The tiebreak was close, but I managed to pull through. I surprised myself and ended up winning the match 7-6 6-3.

At that point, I was happy just to make the final. My opponent was a great player who hadn’t lost a match all season, and I assumed my journey most likely ended there. As the match began, I was unbearably nervous. I knew it was just a recreational league and it was all for fun, but boy did I want to win. My focus and form were nowhere to be found, and I went down 0-5 in what couldn’t have been more than 15 minutes. My opponent--seemingly sympathetic--eased up slightly, forfeiting two games before closing the first set 6-2. It was one of the worst sets I had played all season. My boyfriend, Derek--who came to watch me for the first time--sent me sympathetic glances. Even my opponent’s friends encouraged me, saying I could still come back. We started the second set, and it looked to be just as bad as the first. Shot after shot flew long, and I went down 0-2. Then, just like the semifinal tiebreak, something in my brain clicked and I knew I had nothing to lose. Everything started working. My shaky serve solidified. My loose cannon of a forehand started painting the lines. I hit several nice drop shots which pulled him forward, consolidated with perfect lobs which sapped his stamina. After being down 2-6, 0-2, I somehow powered through and won the second set 6-4. I was ecstatic. After that first, atrocious set, I was just relieved that Derek got to see me play my best. My cynical internal dialogue said I would still lose, but at least it wouldn’t be in straight sets. As we started the third, I still played well, but he raised his level. His stamina returned, and he started moving me around the court better than I had done to him the set before. I once again went down 0-2, and from there I thought I would certainly lose. I didn’t. I came back again with the best tennis I’ve played in my life. My serve was on fire, and my service games lasted fractions as long as his. Everything was going perfectly. Then, I was at 4-2 30-0 on my serve and got tunnel vision. “Only two more games and I win.” The realization was poison. My serve broke down, and I hit several, signature, shaky double faults. He broke me and got back to 3-4. Once again, I uncharacteristically cleared my mind and found some deep, hidden confidence. The next two games were a little harder, but I managed to push away my self-doubt and break him to serve for the match at 5-3. This is where I would usually fall apart. I seemingly had an out of body experience, serving as well as I ever have with multiple service winners, closing the final set 6-3. We shook hands, and I walked over to Derek to gather my things. The ending was so casual, he looked perplexed. “Did...did you just win?” he whispered. I smiled meekly. “Yep.”
Who are your favorite rivals in the league? Why?
My first favorite rival in the league would probably be Michael Feger. We have played three matches including the aforementioned final from Spring 2016. He is a finesse player who specializes in moving you around the court, resulting in a lot of cat-and-mouse play. Our matches are always exceedingly fun.

My other favorite rival is Chris Jones. It’s hard to call our matchup a rivalry since he has beaten me soundly both times we’ve played, but our matches are a treat. Chris is very balanced off both his forehand and backhand wings whereas most players heavily favor their forehand which makes it quite a challenge to get him out of position. He is a very solid player with great shot selection and variety. Playing with that kind of variety is what really makes tennis fun.

Do you have any other interesting comments about your experiences with the league?
If you have any hesitation in joining, don’t! This league has been a godsend for me. I have always wanted more people to play with, and that desire has been wholly satiated. 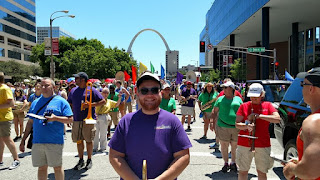 How did you get started playing tennis?
In high school, my best friends would play tennis from time-to-time but I rarely joined them. I was very overweight and didn’t enjoy sports as I couldn’t really compete. One day during my sophomore year of college, my friends were going to go play and I decided to tag along. The few times I had gone before I hated it, but something about this time was different. For the first time, I really enjoyed the challenge the sport presented, and I went with them every time after that. I started to enjoy playing so much that I became determined to lose weight to become more competitive. Since then, I have lost over sixty pounds. Tennis was the first physical activity I ever enjoyed, and I couldn’t be more thankful for how it has affected my life.

What do you love about tennis?
To me, tennis is the perfect test of physical and mental stamina. It is a chess game played in real time, with each different shot like a different piece to move around the board. I love seeing the right move illuminate in front of me, watching the ball hit the court and the plan I devised in less than a second play out successfully before my eyes. I love trying to solve my opponent before they solve me, even if I’m not always successful. That feeling of perfect symbiosis and necessity of both mind and body is what makes me love this sport, and I hope to experience it for the rest of my life.

Who are your favorite pro players? Why?
I hate to be cliche, but it is Roger Federer, hands down. I have watched more hours of pro tennis than I would care to admit, and there is only one player I will go out of my way to watch, night and day. In an era of homogenized, baseline power players, Federer is unique. Yes, he can still beat almost anyone in a blase baseline rally, but he usually doesn’t have to. He has an infinite variety of shots in his arsenal, allowing him to end a point from anywhere on the court when other players would continue grinding from the baseline forever. Federer’s brilliance is a huge inspiration for me to improve, and I weep at the thought of his eventual retirement.