Andrew McIntyre: He absolutely loves the flexibility of the league 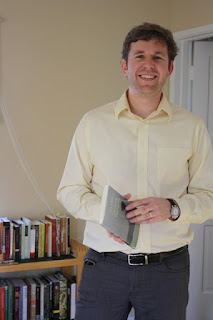 Which league are you a member of?
TennisMinneapolis.

How long have you participated in your league?
I joined TennisMinneapolis in the fall of 2015, when I moved to the Twin Cities from Los Angeles.

How did you first learn about it?
When I relocated to the Twin Cities, I was looking for tennis tournaments in the area, and it wasn't more than a few web searches before TennisMinneapolis came on my radar. I soon signed up for the September 2015 tournament. I played Austin Povilaitis in the first round of that tournament (beat him, although for the record he had beaten me several times since) and learned about TennisMinneapolis' seasonal leagues through Austin.

How often do you play?
I play as much as I can, which is often four or five times a week when the weather is nice.

What do you like most about the league?
The league has been a great way to meet so many great tennis players in the area, and to explore so many Twin Cities parks. The flexibility is also fantastic. It's a good fit for players wanting to play five matches or 20 matches in a season. 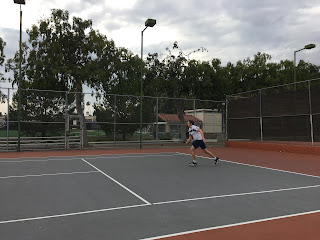 Who are your favorite rivals in the league? Why?
In addition to Wan, Chris Staples and Povilaitis. Wan for those long three-setters, Staples for his relentless heavy topspin forehands and Povilaitis for his monster serve and powerful ground strokes.

Do you have any other interesting comments about your experiences with the league?
I love all the stats on the website.

How did you get started playing tennis?
I started playing seriously in high school. I was more of a baseball player at the time, but when weighing the pros and cons of playing baseball or tennis my freshman year of high school, it was clear that I'd get much more playing time if I opted for tennis, so I did.

What level player are you? (NTRP rating)
4.0. My 4.0 team from USTA Northern recently went to nationals in Arizona, and I'm now playing on a 4.5 team. I'm co-captaining that 4.5 team. 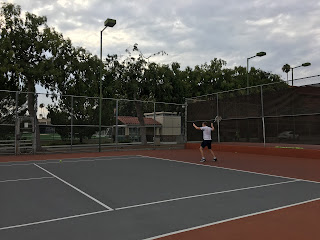 What do you love about tennis?
The physical and mental battles. I go back and forth on which I need to work more on. Some days I'm in the game mentally but not there physically. And some days vice versa. That's tennis.
Tell us a little bit about yourself, for example: What do you do? Where did you grow up? What are your hobbies (besides tennis)? (Feel free to share any interesting details about your life.)
I grew up on the East Coast, went to college in Atlanta and did graduate work in Massachusetts, Indiana and Los Angeles. I have a background in music theory and journalism, and currently work as a reporter covering the legal sector.

Posted by Shiful Alam at 8:35 AM No comments: 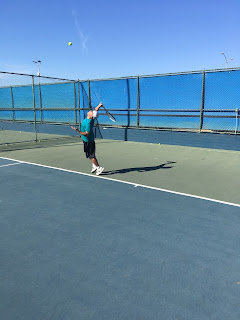 Keiji Tomita has been playing with since July 2011. In the amazing 6 1/2 years of playing with Tennis Los Angeles.com he's played an amazing 750 matches and earned an amazing 16 freebies for playing 20 or more matches in a season.  But that is just part of the story, definitely read below and hear about his Shogi exploits. Very amazing.

Which league are you a member of?
TennisLosAngeles - Metro Los Angeles Tennis League.

How long have you participated in your league?
Since July 2011, I think I haven’t skipped any season by now!

How did you first learn about it?
I met a guy at another tennis league, and he suggested this league, so I tried Tennis Los Angeles, and I liked it, then keep participating since then.

How often do you play?
I try to schedule at least 2-3 matches per week.

What do you like most about the league?
Flexibility!  I can play anytime, anywhere with anyone I like.  That's wonderful.

Tell us about your most memorable match(es)
This is a difficult question because I have so many memorable matches; I really mean it, so many.  I have played 742 matches at this moment in this league, and I would say most matches were great matches; I gave all I had to opponents. 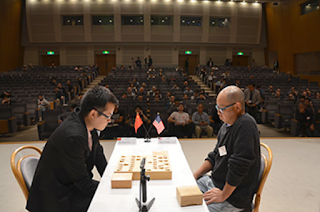 Who are your favorite rivals in the league? Why?
I have many favorite rivals, and I feel I am very lucky to have so many good friends here, I had great time playing tennis with them, and I am looking forward to playing with them many more years.

How did you get started playing tennis?
My boss at work, who has a teaching experience when he was young, taught me first, since then I am addicted with tennis.

What do you love about tennis?
Workout, I am planning to play tennis rest of my life! 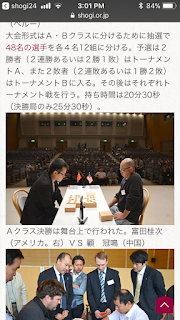 Who are your favorite pro players? Why?
Kei Nishikori.  I am from Japan, and Kei is one of the biggest sport stars in Japan.  I respect him, and am proud of him.  I hope he will win a major title someday.  I tend to like small players such as Goffin, Dolgopolov, Ferrer, and so on, just because I am a tiny guy.

Tell us a little bit about yourself, for example: What do you do? Where did you grow up? What are your hobbies (besides tennis)?
I was born and raised in Japan, and came to US to study at a University.  I am a US citizen now.  I teach guitar at a music school part-time, and also I work at a Japanese restaurant as a manager.

I want to share a great story just happened to me a few weeks ago.  My another passion besides tennis is Shogi, which is translated as a Japanese Chess. Shogi is pretty similar to Chess, but the biggest difference in Japanese chess from Western chess is that you can use a piece you took from opponent as your own force, so the more game goes further, you have more choices to make.  If I say simply, Shogi is more complicated than Chess. 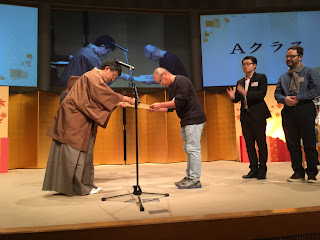 In April this year, I earned 2nd place at All US Shogi championship, and was picked to compete at International Shogi competition as a representative of the USA!  It was held at Japan at the end of October, and all my expenses were paid, such as air fare, hotel, meals.

I had several tough matches, but lucky enough to win the tournament!  I am an amateur World Shogi Champion!
Posted by Shiful Alam at 1:17 PM 2 comments: