It was bound to happen! Congrats Darren!!

Steven Chagnon, the CEO of Tennis League Network, llc, has always been the most active player in the 14+ year existence of this program.  Usually there was never a player with 300 matches played of his legacy record.

It was always stated that if a player ever surpassed my record of matches played they will never pay for this product ever again.

Well that time is near!!!

.  His home city is Los Angeles.  I cry foul because the admin plays out of Metro Boston.  Let's just say that I typically have at least half the number of the playable outdoor days during any given year. 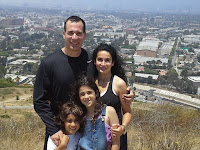 His name is Darren Smolkin.

So Darren Smolkin will now NEVER pay for this product ever again.  Including he will not have an entry fee into any future national championship.  But, we're not covering his travel expenses because we know he's got expensive tastes. :)

Darren, you are an animal.  But remember one thing, I have at least 10 more years of playing in me. So make sure you build a good buffer after surpassing me.  Because I won't always live in Boston.

There's actually another player that will soon break the 1,000 matches played. 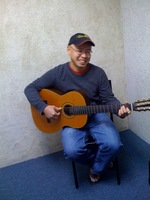 Keiji Tomita (LA) has a record of 524 wins, 422 losses for 946 matches over a more reasonable 8 years. Once Keiji surpasses 1,000 matches played he will receive the same 'Never Paying again for this product' reward.

After these two it might be another 2 years before another breaks 1,000:
https://www.tennislosangeles.com/legacy_match