Player Profile: Arunprasad Sujanakumar: One of our passionate players in the Philly league has been playing for 9+ years 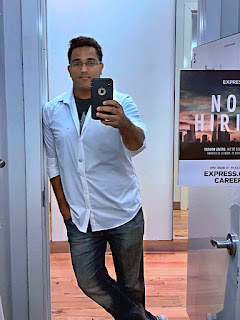 We caught up with Arunprasad Sujanakumar, he's been playing with TennisPhilly for an amazing 9+ years. He was the 2018 Player of the Year and currently 3rd for 2019. He's compiled an amazing 230 wins and 174 losses in his career.

How did you get started playing tennis?
I used to watch in TV while i was a kid. Never visited a tennis court until 2003(23yo), got a racquet at Walmart  for $19 and hurt myself tried playing tennis for first time then decided not to play the game, I thought this game is not suitable for an adult to start at late stages. Then watched my first ever live tennis in 2004 USOPEN finals. Me and friends cheered for Leyton Hewitt against a player named 'Federer'(How i knew Fed back then).
I was amazed by how Federer hit his single handed backhand, his overall game. Came back to the Tennis court and never stopped playing Tennis. Since then i followed Federer and tennis. People know me as "Federer fan". I would go on to say, my fav shot is my SH backhand when someone asks me. 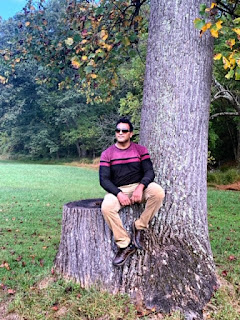 In 2016, I played just 5 matches the entire year. I almost decided to quit as I moved far from my current place I lived. Absolutely no motivation to play. Then Federer wins the 2017 Australian out of nowhere. It motivated to pick up racquet again. Came back to the league. I learned better techniques this time. stronger forehand, Backhand. Improved my serve from YouTube tennis channels (top Tennis training, daily Tennis). Went on to win 2 consecutive championships in 2017. Was promoted to 4.5 for first time in 2017 summer since i joined the league as a 3.0 player in 2010.

As I write this section of the questionnaire, I feel emotional a bit. :) as I realize how much tennis changed my life. Thanks to Tennis Philadelphia league who made this happen. 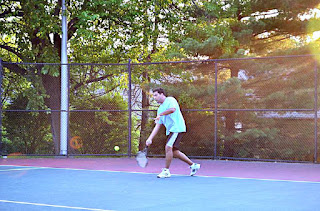 Which league are you a member of?
Tennis Philadelphia,  The Metro Philadelphia Tennis League

How long have you participated in your league?
9+ years. Since August 2010-Fall season. Member since July 2010. Arun's Profile.

How did you first learn about it?
One of my acquaintances on the tennis courts. Arthur Galyash told me about the league. He  was responding to a challenge i mentioned to him in playing Tennis, that is I don’t get partners to play with. I was somewhere between 3.0-3.5 level player at that time.

How often do you play?
Crazy level. Try to schedule matches at least 2 in a week. But hit with local players almost every other day.

What do you like most about the league?
Matching partners, Flex leagues and timings, website and Stats history, "The Playoffs" 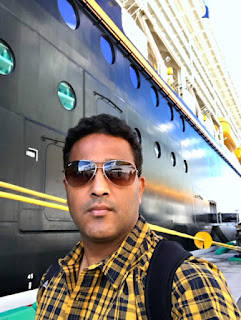 Tell us about your most memorable match(es)
Who are your favorite rivals in the league? Why?
Do you have any other interesting comments about your experiences with the league?
Helped me to be healthy! I shed some pounds end of the year then in winter gain back again. Cannot wait to join back in spring season. Never got bored of the matches and seasons.

Do you play to compete, or for fun?
Both. It’s a passion for me. I enjoy my wins and some of my losses.  But competing is what made me to improve my game.

What do you love about tennis?
I guess I love watching 2 players go at it each other on the tennis court. The emotions!, come backs, championship point after a hard fought match! Lot of things.

Who are your favorite pro players? Why?
You would have guessed it by now. Federer from Q9 above. I also like Stan Waw, Now Tsitsipas,  Medvedev kind of getting there as my "to be followed" list.


Tell us a little bit more about yourself, for example: What do you do? Where did you grow up? What are your hobbies (besides tennis)? (Feel free to share any interesting details about your life.)
I work as an IT manager in Capegemini. Living in Downingtown, PA.  Grew up in South India playing cricket which may have helped me to transition to Tennis . Moved to USA in March 2003.

My Hobbies Besides Tennis: Music, Taking Photos, now part of local community looking to contribute in community service. Have 2 kids. My wife just delivered our second one :)
My family likes and follows Federer too, including my 6yo. i guess that’s because of me .

My wife thinks Federer is a perfect man in the whole world based off how he handles his Tennis, Family, Kids and Business. Not sure thought if she is passing any message to me by saying this.;)
I love to be a coach somewhere in the future only to keep doing what I love and share some of the things with the beginners, about how I improved my Tennis. I try teaching my son but he is not there yet.
Tennis had made a great impact in my life. Again, thanks for the league and you have been the support for the change in my game. This is a great format and always recommend players who I meet to join the league.