Player Profile: Vikram Sivakumar: Thankful to his grandfather for the love of tennis!

We checked in with Vikram Sivakumar from the TennisPortland.com franchise.  He's been a member with us since June 2017 and has just played his 50th match.

Which league are you a member of?
Tennis Portland  Advanced Division (4.0) 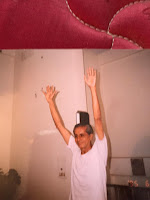 I learnt about Tennis Portland in 2016. I had been looking for a flexible league since my grad school days back in Boston where I had played in MIT-Harvard tennis ladders over the summers which I had enjoyed. I was glad to find out about this league, and particularly liked the season based format. I finally got around to signing up for the Summer and Fall Leagues last year.

How did you first learn about it?
I stumbled upon it either through Facebook or through some tennis related website or through an ad at some USTA tennis tournament I played in, not sure.

How often do you play?
Depends. Sometimes too busy to play tennis, and go weeks without playing. Ideally I would like to play at least once or twice a week.

What do you like most about the league?
I like the online platform - super intuitive and easy to use and loaded with features and great info for tennis such as court locations and other useful information for players. Also it is refreshing to see the wide variety of playing styles which makes for some very interesting matches. 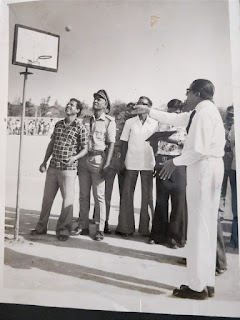 Do you have any other interesting comments about your experiences with the league?
It is a very well managed league and works on an honor system with clearly stated rules. I have mostly found the opponents to be good with scheduling and showing up on time and several of them also overall good competitors and love for the game of tennis. The scheduling is entirely left to the players so that is a good thing for the players since they will not have to play when tired or injured and can play at their convenience.

How did you get started playing tennis?
I was perhaps 8-9 years old. I remember watching Wimbledon semis and finals where the likes of Becker, Edberg and Lendl battled each other with their pre-synthetic era racquets. I was intrigued by the contrasting styles of play and in particular the serve and volley games of Edberg and Becker. On the women's side Steffi Graf and Martina Navratilova were at the top of the game and their matches were always legendary. I also remember watching Davis cup matches in the early 90's including India vs France World group quarterfinal which India won. I remember also going to the stadium in New Delhi to watch a Davis cup match (India vs Croatia) and was thrilled to see Goran Ivanisevic in person. 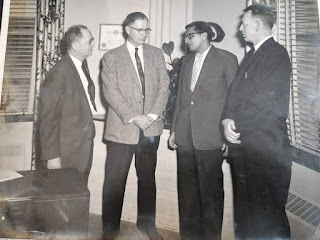 I really liked reading Andre Agassi's autobiography where he compares tennis to boxing. Each shot is a punch or counterpunch depending on whether it is hit during attack or counterattack meant to throw the opponent off balance (or court position). The person who wins is not the one who pummels the opponent into submission  - rather the winner is the last man standing - the one who either weakens the opponent enough to throw a knockout punch (winning shot) or forces errors from the opponent (technical). I love the free flowing nature of the game and the way it allows for so many different styles of play and the sheer athleticism and fitness it demands of its players. It gives me motivation to improve my fitness levels. The engineer in me also loves the intense problem solving involved in competitive play and the technical details in various shots. In tennis, every opponent is different. The key is playing to the opponent's weaknesses and one's own strengths, being creative in designing points to bring in the element of surprise. Also there is a life lesson as well - if you lose a point or a game or a set or even a match, one need not despair - there is always next time - what's important is to reflect, learn from the previous point/game/set/match, do a complete mental reset and start all over again and give it your best each time.

Who are your favorite pro players? Why?
Currently Roger Federer, Rafa Nadal, Venus Williams and Sloane Stephens. I had the opportunity to watch Federer play Lleyton Hewitt at the US open in the 2004 final - was a memorable experience. Watching Federer on TV is great but watching him live in the stadium elevates the experience to a different level. Historically, I used to enjoy watching Stefan Edberg, Boris Becker, Pete Sampras, Andre Agassi, Steffi Graf, Jana Novotna, Martina Navratilova and Monica Seles. 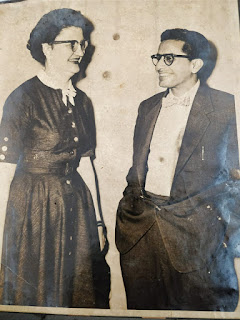 Tell us a little bit about yourself, for example: What do you do? Where did you grow up? What are your hobbies (besides tennis)? (Feel free to share any interesting details about your life.)
I grew up in India. I came to the United States when I was 17 or so for grad school. I spent 6 years in Boston where I got my doctorate degree before moving to Portland, Oregon for work.
The person whom I am most thankful for igniting the love of the game of tennis in me is my maternal grandfather PV Kalyanaraman  "Goalie Kalyani". I used to accompany him to a tennis club in Madurai, India where he played with his buddies until he was 65 or so. I was amazed at the camaraderie and friendships he cultivated at that club and also his matchless enthusiasm for the game of tennis in particular and for sports in general.  He was a man of many sporting talents of which tennis was just one. He played cricket and football (goalie!) as well and represented his districts in both sports.  He used to tell us about the old days - the players and the rivalries and the likes of Pancho Gonzales, Segura, Emerson and Rosewall. He even gifted me and my elder brother (my first tennis buddy) his old wooden and steel tennis racquets - we used to play with these in the terrace of our rented house or against the wall inside our rooms - it was hard to find tennis courts so we had to be flexible on playing surfaces! My grandfather recently passed away back in Chennai India. He was 94 years old. I will miss him dearly especially our conversations on sports and his unfailing wit and enthusiasm. His love of sports continues to live in his children and grandchildren, including his daughter who has been an award winning university athlete. I salute him for living life to the fullest with tremendous charm and joy and I am forever thankful to him for instilling in me a lifelong passion for the game of tennis.
Posted by Shiful Alam at 8:17 AM