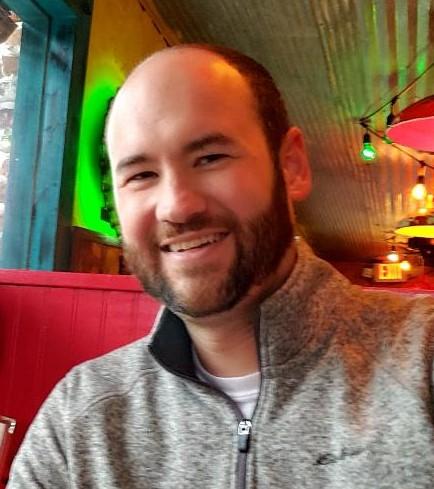 Ian Smith is new to the Cincinnati Tennis League as of Fall 2019, but has already moved
up to 25 league games and “Veteran” status.  We caught up with him to learn more about
his interest and experience with the league and tennis in general.

How did you get started playing tennis?
I only recently started playing about two years ago.  We belong to a gym with a tennis
program in Cincinnati, OH and my wife started playing 3.0 – 3.5 women’s doubles and
I started practicing a little with her.  I participated in a few tennis mixers (random people of
random skill drinking beer/eating food and playing tennis with music for 2 – 3 hours) and
really enjoyed the social aspect of it.  Our men’s 3.5 doubles team was short on players,
so they asked me to join as a sub and I jumped into a match that weekend with no idea how
to play doubles.  Surprisingly the rest of the season went okay and I’m now in my 3rd season
of 3.5 men’s doubles and rotate between all courts (i.e. Court 1 best players, Court 3 lower
skilled players) depending on our strategy for the week.


Which league are you a member of?
Cincinnati Tennis League: Cincy Tennis Community.  Also GCITA, a Cincinnati interclub
(gym) competitive program where I play men’s 3.5 doubles in the fall and winter.


How long have you participated in your league?
Fall 2019 – so only 2 seasons so far. 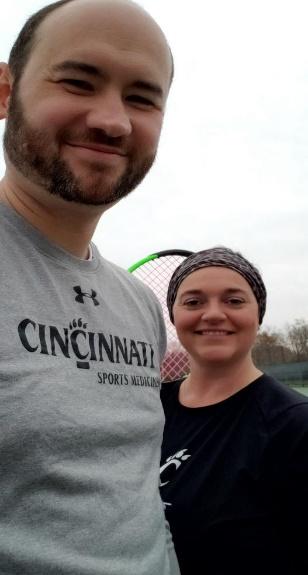 How did you first learn about it?
My wife and I were looking to get some more tennis in and I really like singles.
We did some searching online and came across the Cincinnati Tennis League.
The price was great and it was fun to get some extra matches in between our GCITA
doubles matches and between seasons.


How often do you play?
Depends on the season, but I typically play 1 – 2 matches per week.  Last Fall when I first
joined I was playing (probably) too much between GCITA men’s doubles, the
Cincinnati Tennis League, and “for fun” with my wife.  At times I was upwards of
4 – 5 times a week, but I started to get a little tennis elbow, so backed down to 1 – 2
times a week after a break around the holidays in late 2019.


What do you like most about the league?
The flexibility – it’s easy to connect with people and get a match on the books almost anytime
I’d like.  I also like the ability to play a range of people that I’ve never met before around the city.
Most players are collegial and it’s just a fun (yet competitive) round of tennis.

Tell us about your most memorable match(es)
Who are your favorite rivals in the league? Why?

Do you have any other interesting comments about your experiences with the league?
It’s great to see so many different tennis courts around the city I didn’t even know existed.  I
really enjoy the camaraderie and conversations with most players – I think many view it as much
social connection as playing tennis, just like me.  Even when I get beaten badly by a clearly higher
level player, it’s always a learning experience and I feel I continue to make incremental growth
each season.


Do you play to compete, or for fun?
Both.  Predominately for fun, but I’m pretty competitive and get frustrated with myself when
I miss easy points or can’t consistently get my first serve in.


What do you love about tennis?
I love the exercise.  I lost a lot of weight a couple years ago (about 35 – 40 lbs) and was trying to
find enjoyable cardio (without just running, which is boring) and this is a great way to burn some
calories.  I also enjoy learning more about the game and seeing improvement over time.  As
mentioned in the rest of this, I also very much enjoy the social aspect and talking to other players
outside of my normal sphere of connectivity. 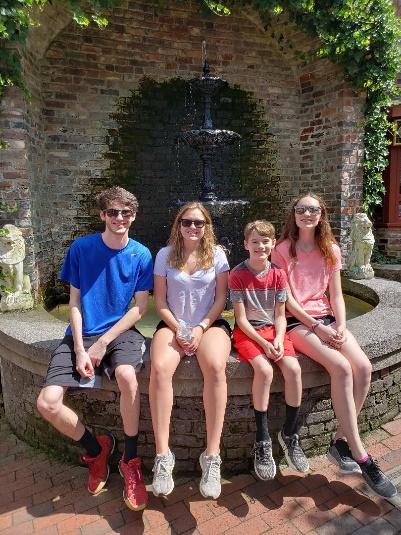 Who are your favorite pro players? Why? Back in the 1990s I loved Andre Agassi, Monica Seles,
and Pete Sampras.  They just seemed cool at the time and tennis looked like a fun sport that I didn’t
know much about.  It was as I was just getting more in to sports as a teenager.  I really like Roger
Federer now – he just seems like a quiet/classy guy that enjoys the sports and wins without much ado.
On the women’s side, I liked the Williams’ sisters (Venus, Serena) when they were in their prime,
as they are comparable in age (to me), I love their power and the overall impact they’ve had on the
sport.


Tell us a little bit more about yourself, for example: What do you do? Where did you grow up?
What are your hobbies (besides tennis)? (Feel free to share any interesting details about your life.)
I work as a healthcare administrator in Cincinnati, OH at UC Physicians.  I’ve lived in
Cincinnati / Northern KY my whole life (Go Bearcats!).  I’ve recently started scuba diving and was
PADI open water certified last year and am working on my PADI Advanced and Rescue diving c
ertifications this year.  I’m married with 3 kids (ages 11 – 20) and enjoy spending time with them.
I’m pretty engaged with our local church (7 Hills Church in Florence, KY), working out when I
can (3 – 6 times a week), enjoy reading various books (I’m usually rotating between a business,
religious, and some type of fictional “for fun” book), and have recently picked up Pickleball with
some friends.  We also have a condo in Gatlinburg, TN and love visiting when we can.

Posted by Steve Chagnon, TLN Lead Admin at 6:36 AM