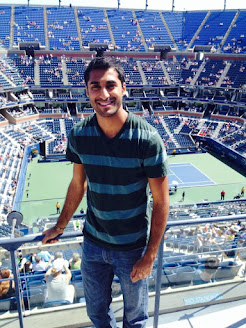 We caught up with Ginal Shah who plays out of the TennisBaltimore.com league.   He's played 54 matches since June of 2019.   And he's currently one of the top players of the program.   https://www.tennisbaltimore.com/110622/profile
What do you do? Where did you grow up? What are your hobbies (besides tennis)?

I grew up in Connecticut and have two sisters, one being my twin. The town I grew up in had a pretty big tennis community (indoor tennis locations and tennis leagues) and my twin and I found ourselves both playing tennis eventually playing competitively in high school. Outside of tennis, I am a huge sports fan overall. I went to UConn for college and experienced a championship in men's basketball while I was there which is a memory I will never forget. I am also a big fan of football, grew up as a Patriots fan so enjoyed all the superbowls. I also have been playing fantasy football for many years. I love to travel and have been to a bunch of places, some being India, Thailand, Singapore, Cambodia, Hong Kong, Italy, Mexico, Jamaica, and Costa Rica. I have a beautiful wife and both of us are in the healthcare field. She is a physician and I work in administration. We are both foodies and love Thai food. I am obsessed with my puppy who brings a lot of joy into my life. Lastly, I enjoy spending time with my family and friends.

I started in summer of 2019 and have been playing ever since.

I have always loved playing tennis and wasn't playing nearly as much as I wanted to not knowing too many people who play in the Baltimore area. I just did some research online and came across the Baltimore Tennis League and it ended up being what I was looking for to get back into playing tennis.

I love just being able to schedule matches to play almost at a moment's notice. I actually just sent an email out to the summer division looking to get a match in tonight! Before this league I never had this option to play so much tennis with similar skill levels and competitiveness. I also like how friendly everyone I have come across is. I have met some awesome people and have made friendships through this league. An example is getting drinks with one person I met through the league, we have played each other eight times throughout the past year and became doubles partners.

My most memorable match was against Patrick Martel in October 2019. We had a match of a lot of long rallies and was very competitive. I lost the first set 4-6 so knew I needed to do some work to get back into the match. I ended up winning the second set 7-5, so barely got it. We mutually agreed on doing a 10 point tie-breaker due to how intense the first two sets were. It was a good idea because it was not a quick tie-breaker. It ended up going to 10-10 and we just kept going back and forth until I luckily got two points in a row to win the match. The tiebreaker ended up being 17-15. It was such a fun and competitive match and Pat and I play often together and always have fun matches. I also have a great memory of my very first match in this league last year I was so rusty and lost 0-6 1-6 or something close to that. I remember thinking I have a long way to go to get back to a skill level I used to be since I haven't played competitively in a long time. That season I kept playing and kept improving which felt great. I ended up playing in the playoffs and beat the person in the finals that I lost 0 and 1 to my first match in the season.

Patrick Martel, Brooks Thaker, and Jason Morstein. I have played a good amount of matches with each person (ex. Brooks 8 times and Patrick 6 times) and I always have fun and competitive matches with them. My matches with these rivals and friends usually go down to the wire (three setters usually) and have a lot of fun playing.

Just that this league has really become part of my weekly routine. I look forward to getting matches in and playing tennis. I am glad that tennis is a sport that allows social distancing during this pandemic and can get matches in almost whenever I would like.

I started playing a little in middle school by taking some lessons here and there and hitting around, but never played competitively in middle school. I became serious with tennis when I started high school, joining my high school tennis team freshman year and playing all 4 years. I fell in love with the sport when I joined the team. I improved every year and played doubles my first two years and singles my junior and senior year. 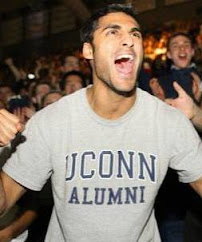 Both, they are equally important to me. I love getting out to play tennis for fun, meeting new people and being active. It is a great sport. I have always been a competitive person as well and love to win so will also play to win. If I lose to someone, I will definitely try to get a rematch with them at some point and love playing people more skilled than me so I can continue to improve my skill set.

I love how there are so many different styles someone can play the game (top spin, flat, play at net, different strengths like forehand or volley, etc.) With that, I always try improving the things I am not as strong in. It also makes it a mental game, in singles, you are the one that decides if you will win or lose versus a team sport. So I enjoy playing someone and trying to exploit weaknesses. I love doubles also, working with a teammate and how it is more net focused. Communicating with someone on the court and working together is a lot of fun. Lastly, I think that tennis is just a fun sport that all ages can play at different skill levels. 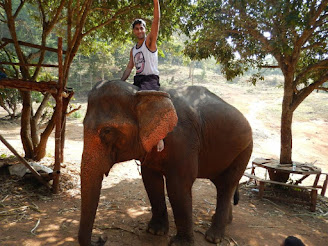 My favorite players are Federer and Nadal. Federer just seems so humble about himself and his game while being the greatest to ever play the game. His game is just so smooth. Nadal as well, he plays so hard and it is so impressive how good he is on clay. What I like the most is their friendship and rivalry. They are such big rivals and have had great matches but have become such good friends and have done awesome things together such as charity events. Recently I have also liked Kyrgios just because he is entertaining and funny. I don't agree with some things he has done but he definitely brings an entertaining aspect on and off the court.