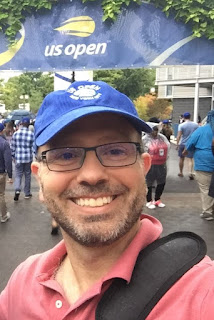 We caught up with Alberto Sutton from Tennis-Seattle.com.  He's played a nice even 100 matches in his career so far and this is what he had to say:

I started in the Spring of 2018, currently playing my 10th season.

In short, Google. With more context: I had just picked up tennis again after a long hiatus. At first, was just taking lessons, and looking to hit. And then came the impulse to play more regularly and competitively. I signed up for a couple of partner matching and flex-league websites. Tennis-Seattle was the one where I found more active players, giving me the chance to play as frequently as I wanted.

I try to "protect" a sacred once a week cadence, yet aim to get two, sometimes three matches per week. And that is even during the rainy, dark days during our fall and winter in Seattle. For those seasons, I got into a rhythm of pre-booking indoor courts and actively inviting the players that seem to play more regularly, in any give season.

There is so much to like. First, from an angle of "tangibles", I like how easy it is to invite players, track the standings, and browse your own match history. Then, from a "community" angle, I like the "high-liquidity" matching, and how easy going, cordial, fair the great, great majority of the players are. From a more "personal" angle, I feel the league plays an important role in my staying fit, competitive, sensible. Ah, I simply love the protocol/tradition of bringing 2 cans of balls and winner takes the sealed "trophy". Such a trivial detail, but I just like it. 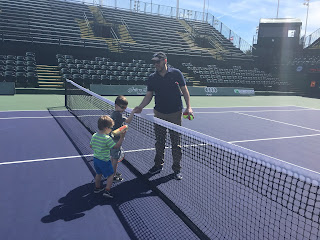 The ones I remember more vividly: a) the very first one, taking a beating from a player, nominally at same rating, but clearly much better - not so much for the beating, but because of the "newness" of competing, and learning the league etiquette. I played that guy many other times and we are still in touch. b) The match when I won my first deciding TB. c) a match when, “just because”, we decided to make it a best 3 of 5 sets - it was long! Ah, it was the same player from that "first won TB".

I've played a several players for more than three, four matches. It's even weird to call them "rivals". The very reason we played often is because we had cordial, fun, tight matches, and like to play over and over again. I guess they are the "regulars" – more applicable term.

Because of the league, I became an expert in court scouting. I can probably name the number of courts in each location, where are the courts with lights, which ones have unplayable cracks. I also subscribed to the majority of local parks and recreation facilities that rent indoor courts in Seattle area.

My dad is a big fan, and player. I grew up watching Borg x McEnroe matches, and my dad on clay courts in Brazil. I would hit against the wall with a wood racket, while he played. He was an avid “racket switcher”, so I always inherited great new rackets! Later I picked up again in College, and even organized some tennis tournaments. Lessons back then taught a very different style of tennis, flatter, lower shots. Had to re-learn the "modern" style when I got back to it, a couple of years ago.

The first verb, or motivation, that comes to mind is actually "to improve". I like studying, watching, playing. Competing helps to reinforce and measure progress. And when all that falls in place, yes, that is fun. 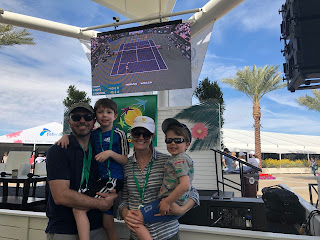 I tend to like the "one-hand-back-handers". Guga was an all-time favorite. Federer is my pick among the Big 3. And I just like following Thiem and Tsitsipas. My kids are 5 and 7. They are already playing and we all cheer for Thiem. I like his style of play, and his balance of exposing emotions. Never really liked the extreme firecrackers, or the too subdued.In the WTA, I became a big fan of Naomi Osaka, having been present at the stadium when she won Indian Wells and the first US Open.