Player Profile: Arul Josely - He's improved from 3.0 to 4.5 with the help of TennisDC match play. 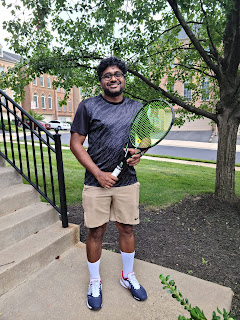 We caught up with Arul Josely who has been playing with TennisDC since 2012.   He's amazingly talented with the racquet and has won a couple of championships over the years.   Here's his story.
Which league are you a member of?

Once a week, these days.

A Playoff Match Against Keith Mcmicheals in 2013. The loss of the first set at 1 inspired me to play great tennis to take the second set at love. However Keith was a fighter and we had a very close third set. The momentum swinging both ways. I was playing at my best, the only time I had a back spinning volley come back into my court. Yet Keith held firm at the end and won the match deservingly.

Most matches against Vipul Chawla are memorable. Being buddies, we know each other's game so well that our rallies and games are long. Irrespective of form and fitness, we always have a good match. This year, all of our matches have been a 3 setter. 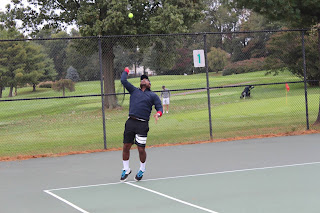 Our matches are always competitive with great rallies irrespective of the scoreline. These competitors also bring out the best in me.

This league provides flexibility, competitiveness and fun, a perfect all in one package

Played as a 10 year old and occasionally in my early 20’s. Tennis DC is the platform that enabled me to actively play tennis in my life. I started off as a 3.0 and improved to 4.5. The variety of talents in the league helped me to become a better tennis player.

The love for tennis was inspired by watching Wimbledon as a kid. It’s a personal experience that I share with my father, we used to watch Wimbledon on the weekends. Still vividly remember Martina Navratilova’s tough loss against Conchita Martinez. Also the challenge of figuring out the best combination against your opponent is a reward on its own. Additionally this is the only workout I love. One of my friends used to say that the way to kidnap me is to just invite me for watch or play a tennis match and I would willingly go anywhere.

Rafael Nadal. Only player to consistently win against Roger at his peak. 2008 Wimbledon Finals and 2009 Australian Open Semi-finals were some of his best matches. It’s amazing to watch him turn defense to offense. He made tennis competitive during Rogers' great run in the late 2000s. 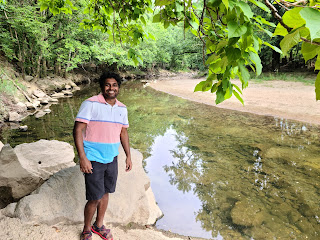 Tell us a little bit about yourself:

I am a software test engineer by profession. My job gave me the opportunity to travel the world and to end up in DC. Grew up in a small town in the outskirts of Chennai, Tamil Nadu, India. I also enjoy playing ping pong, cricket and reading some books (mostly listening in audible). Also trying out my first garden this summer.