Lorenzo Wright: How the Game of Tennis Changed My Life 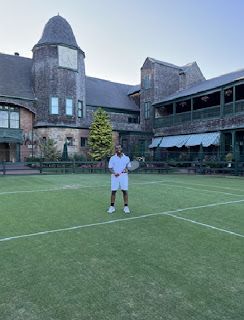 We caught up with Lorenzo Wright playing out of TennisHamptonRoads.com league.  The Virginia Beach / Norfolk tennis League. He has an amazing 25-2 record in his career with our program.

I grew up in a poor neighborhood in Louisiana where all there was to get into was trouble. I didn’t fit in with my peers so I stayed to myself. However, that was a lonely place. One day, I saw these people playing tennis at a park and I was immediately intrigued. I sat on the bench and watched them play for hours. Who knew what that would lead to! It then became my habit. I would go to that same park and just watch people play for hours upon hours. Some of the people would kindly invite me on the court and teach me the fundamentals of the sport and that really sparked my interest.

One day after return from the court, I asked my father to buy me a tennis racquet. Sure enough, the next day, I had one. That was back in 2003 and I have been playing since then. For me, tennis is not just a sport. From that day on, it became a part of my identity because I finally felt a sense of purpose and belonging.

Recently, I had the opportunity to visit the International Tennis Hall of Fame in Newport, Rhode Island. It was a lifelong dream come true and afforded me the opportunity to play on grass! It was absolutely amazing and beautiful.

Since 2017. However, I took a five year hiatus and returned this year. During that hiatus, I played numerous in tournaments across the Hampton Roads area and in San Diego, CA as well.

At least three times as week.

The flexibility of scheduling matches.

Tell us about your most memorable match(es):

I’ve had roughly four matches that have gone the distance (either to seven games or a tiebreaker). These types of matches have been the most memorable for me because the ability to problem solve becomes critically important. Just a few points will make the difference.

In a match that I played back in April 2022, I won the first set 6-4, dropped the second set 6-7 despite having set points in my favor, and eventually won the match in a tightly contested third set tiebreaker.

When placed under the strongest pressure in matches,I take pride being able to meet the moment. 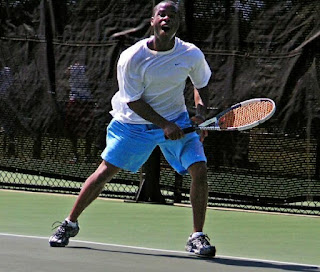 Brandon Michale Askew and I feel like Josh Diadwick is about to enter that list. For Brandon, I admire his grit and focus on. For Josh, he presents a formidable challenge and I always like a challenge.

Both. However, I prefer to play competitively.

What level player are you? (NTRP rating): 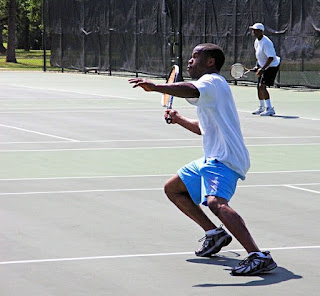 It’s a sport that requires mental toughness and there’s no one to rely on except yourself. You have to be able to problem solve in real time. Growing up, I suffered from low self-esteem. Tennis helped me with combatting that because as I got better at the sport, my belief in myself increased and that positively affected me not just on the tennis court but outside the line too. It helped with my interpersonal relationships. Integration into working with teams and peers and had influenced me a leader today.

Serena Williams and Rafael Nadal. Simply put, I love the fight the possess inside of themselves.