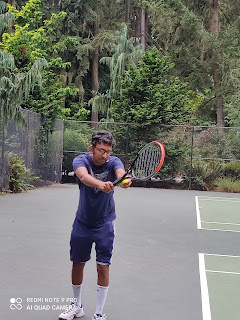 We caught up with Sanjeev Sridharan out of the Tennis-Seattle.com franchise.  He's played an amazing 207 matches since 2009 with our community.  13 Amazing Years of competitive play. Only a couple less than the admin.

Tennis is an individual sport and like life, how you do is only in your hands. You don't have teammates to make-up for your shortcomings. You own your success and failure. In summary, tennis is reflective of our lives.

11 years. Started in tennis Boston, moved to Tennis Philly and then to tennis Seattle. 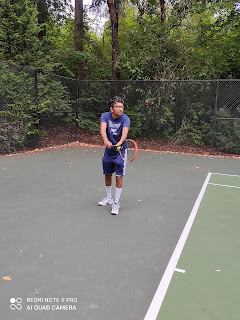 Play competitively against good players with different varieties in styles.

Nick Sunderland in the Seattle league probably has the most # of matches, wins, and winning percentage. He holds a 10-1 record against me. My memorable match is the one time I managed to win against him in 2019. I had to save two match points and had to be completely in the zone on every point to win that match in a 10-point tiebreak in the third.

Nick Sunderland and Dharam Patule in the Seattle league because our matches are typically competitive and even if I lose I come out with a feeling that playing them has improved my game for the better.

I really like that the league incentivizes players to play more. Over the years, the league has gotten more competitive with a lot of good players with different styles. It has been great to test my game against all such players.

My aunt introduced me to a tennis coach when I was in fifth grade in my hometown, Chennai, India.

Both. My goal is not to win but to compete well. 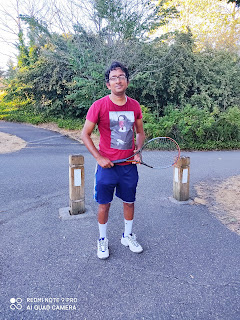 Hands-down, Novak Djokovic. In my mind, he is not only the greatest tennis player of all time but the greatest athlete of all time. I have never seen any athlete with a greater mental strength than his.

Tell us a little bit about yourself, for example: What do you do? Where did you grow up? What are your hobbies?

I grew up in Chennai, India. Incidentally it is a city that has a great tennis tradition. I learnt tennis between fifth and ninth grades but had a break from tenth grade till the end of grad school. I started playing again in the league in Boston before I moved for work in Philly and then to Seattle. I am a marketer. Besides tennis, I like to travel, hike, read non-fiction/biographies/autobiographies, and watch documentaries.