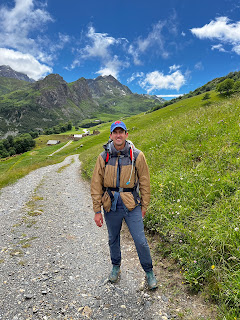 Tell us a little bit about yourself, for example: What do you do? Where did you grow up? What are your hobbies?

I grew up in Mexico City. I spent about 12 years in the Northeast, mainly in the Boston area. In late 2019 I moved to Berkeley, CA, where fortunately there are plenty of public tennis courts. I moved right before the pandemic. That's where the League became a lifeline to get back to playing tennis all-year round.

When I'm not playing tennis, I'm doing long distance running or doing hikes alongside my wife. Just as I like playing long matches, you can probably see me reading novels or watching movies at the local theaters.

Professionally, I'm a chemist who became a machine learning scientist. So I spend my work hours doing programming working in the biotech industry.
Which league are you a member of?

I looked up leagues online and was lucky to found Tennis East Bay!

I try to play 3 matches a week 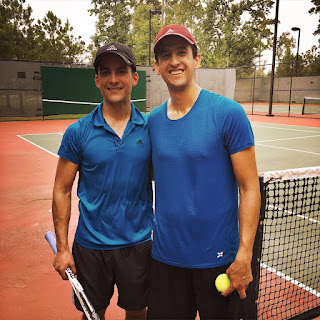 I really like the sense of community it builds.

I remember the championship match for the Advanced 1 League over the summer. There's also been memorable matches where it all boils down to a tiebreaker. The League is so competitive that we've all been in good wins and losses where we have to hand it to the other player.

It's hard to call them rivals because we're all so friendly to each other. We have a band of lefties in the league: Diego Roig, Charlie Mintz, Eric Smith, and Ben Kleinman that has made it a lot of fun. Tomás Perez's and Eric Katerman's sage advice has made the EBTL better. Last Matty Moss's play has kept all of us on our toes.

I started playing tennis when I was young in Mexico. I never made past local tournaments, but did have fun in plenty of summer camps.

I play to have fun, but the league's competitive spirit keeps me on my toes. 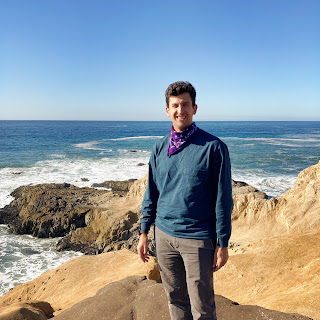 I love the aspect of self-improvement in tennis. While we play matches, we aim to improve every single one of our shots, and trying to win. All of these aspects come together like a jigsaw puzzle.

But more to the point, a well-constructed point is a thing of beauty.

Roger Federer, for his style of play. He's also a player that as he aged, he continued improving and changing his game.